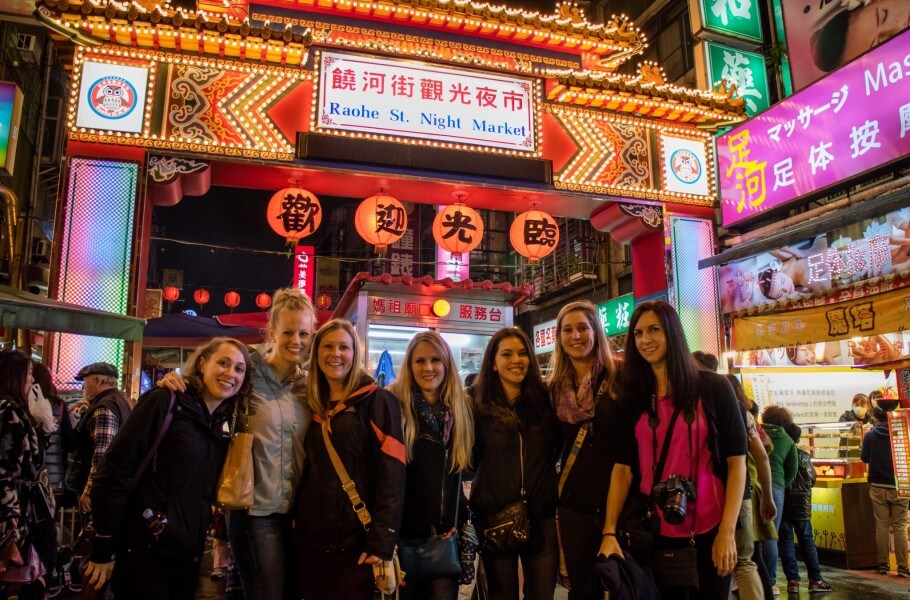 Our Taipei Girls Trip was my third trip to Taipei, Taiwan. My first was a day-long layover, that we managed to fit just about every must-do in Taipei in: A Day in Taipei. My second trip was a second 20+ hour layover, but only a few days before we left on our Honeymoon in Africa, so I spent that day shopping rather than sightseeing and only really count that as half a trip. The third trip was different! It was our destination, rather than a stop on the way and we had three full days in the city. This time around, we combined sightseeing, shopping and added in a whole lot of eating! 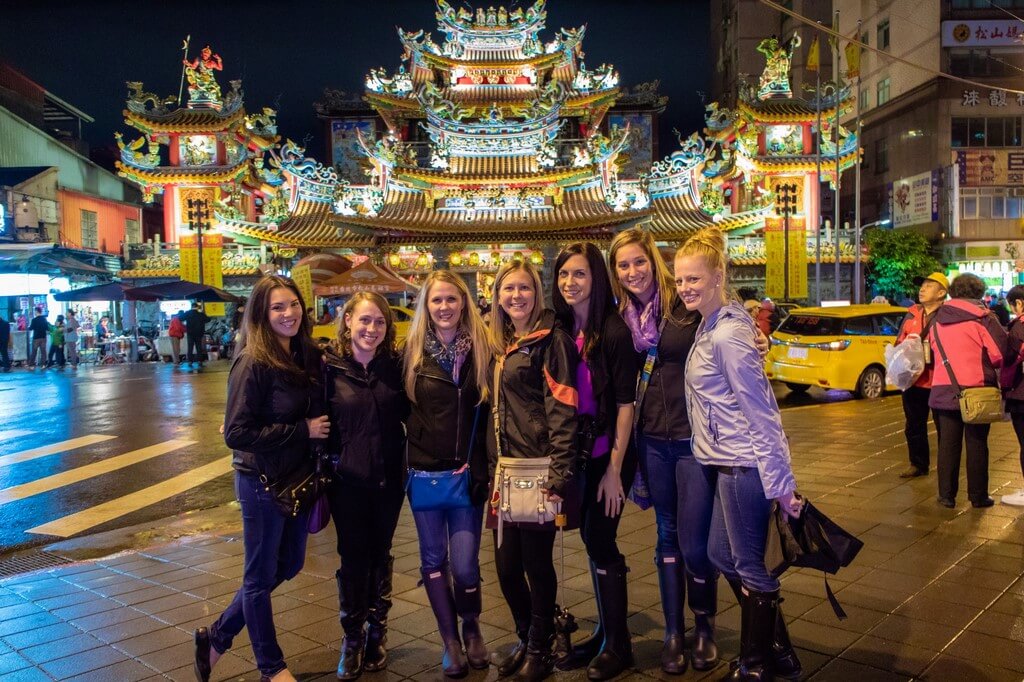 I’ve written before about how lucky I am to have made the friends I’ve made in Okinawa, but here’s another post about it. Several months ago (long before I realized just how crazy the first three months of 2016 would be) we started talking about taking a girls trip. Our guys go flying off together all the time, so we decided this time we were going to be the ones taking off.

We picked Taipei because it’s a short flight from Okinawa and most of the group had never been before. We did a little bit of planning before hand (some more than others- I was not one of the planners!) and on the last weekend of January the seven of us took on Taipei. 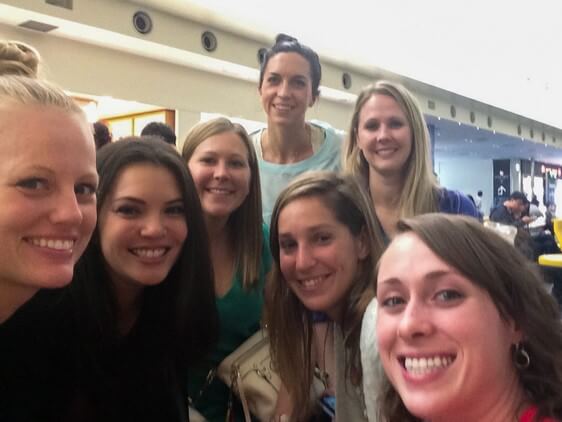 We got a fabulous AirBnB that comfortably slept all seven of us in the Zhongzheng District, Taiwan, we were just minutes form a subway stop, and had a beautiful view of Taipei 101 from the main street (when it wasn’t raining). 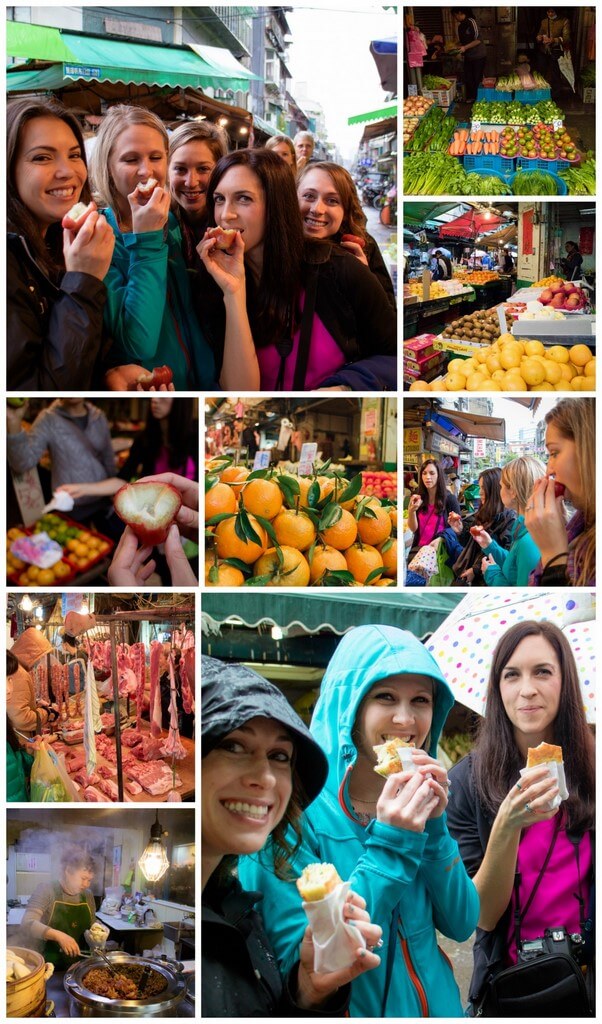 We spent the first morning on a food tour called Taipei Eats. Not only did we get to sample most of the dishes taipei is known for, but we also go to see a lot of the city that I hadn’t seen before, including the Songshan Cultural & Creative Park which I fell in love with! If you are in Taipei you must check out both the park and the Eslite Spectrum which sits in the middle of it and has fantastic dining, shopping and cafes. (We loved it so much that three of us spent most of our second day holed up in a coffee shop there working, while our friends continued to tour the city.)

After the food tour we came home to freshen up, open a couple of bottles of wine and then head back out for the night. That evening we visited the Raohe Street Market and Ciyou Temple which I wrote about on my last visit to Taipei. 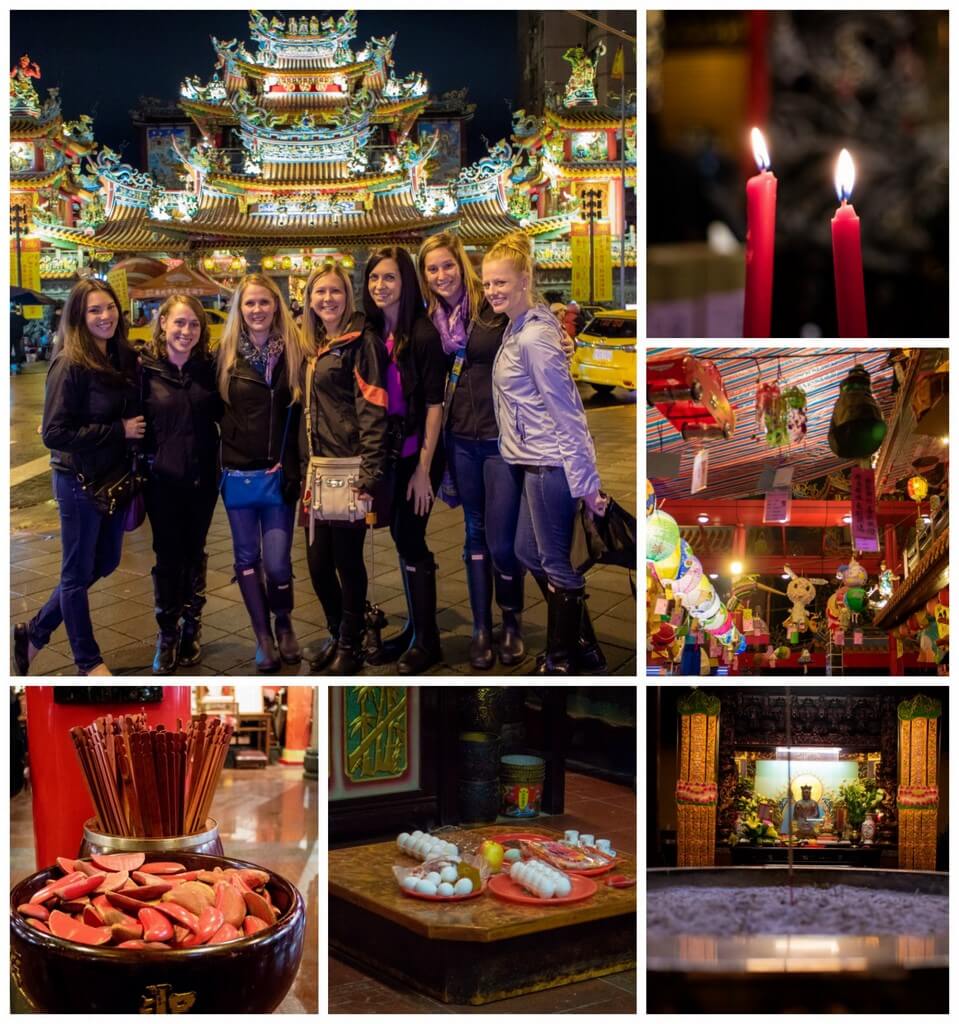 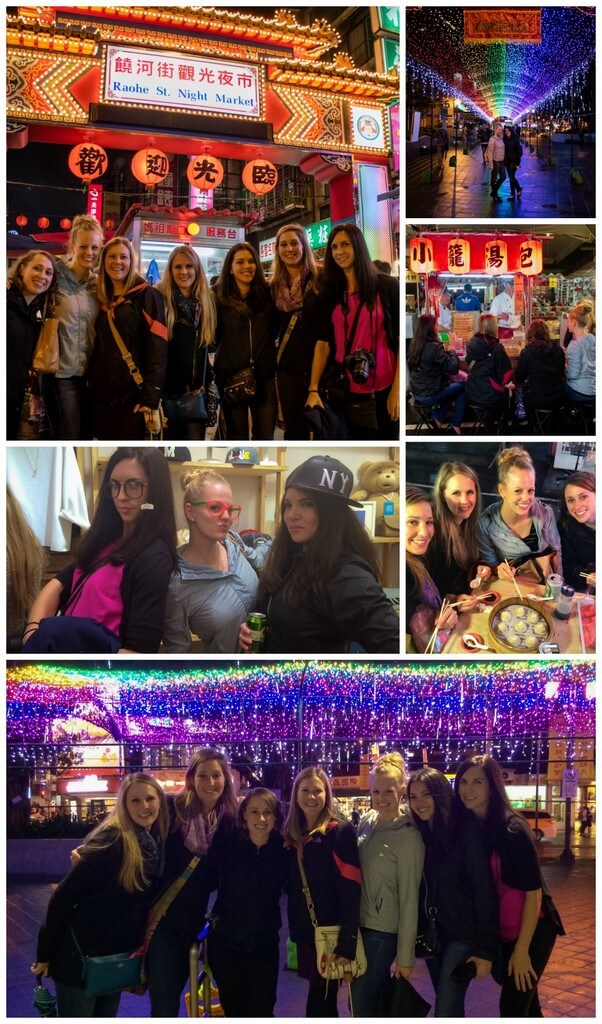 The thing I was most excited about for the trip was to go to the same blind massage parlor I had visited last time in the Raohe St. Night Market. I talked it up for months leading up to the trip and nothing could have made me happier than seeing that familiar white and blue foot sign. Two girls went first for 30 minute upper body massages, and five of us followed with 60 minute full body massages. 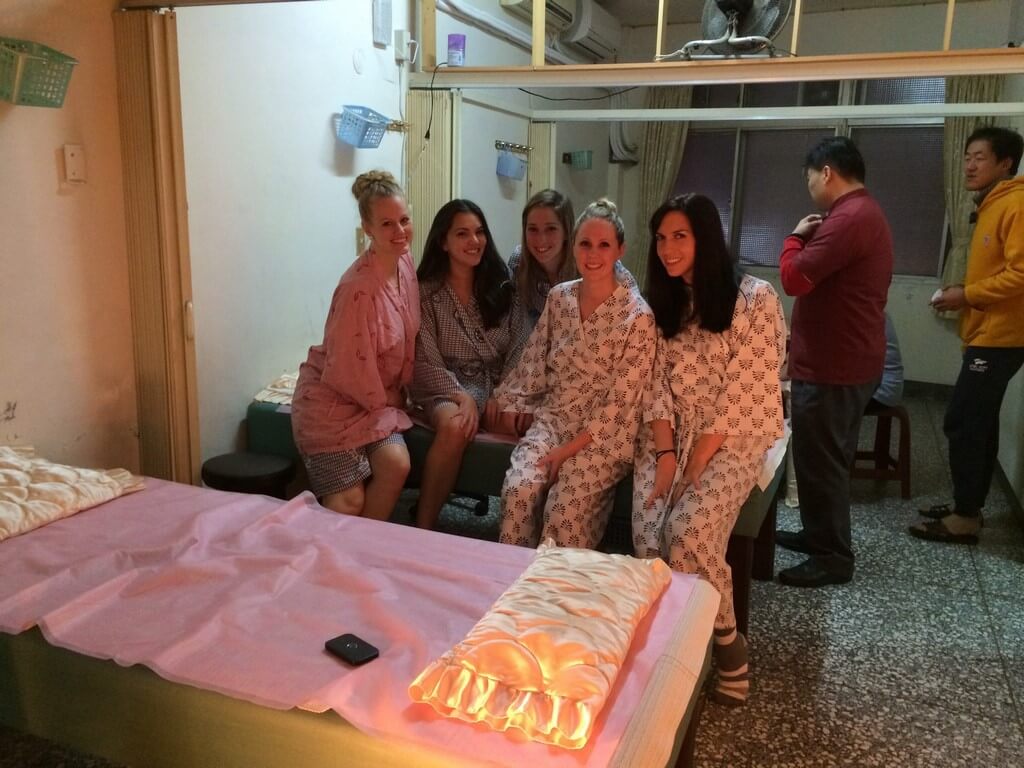 Before we found it the girls asked me if it was “sketchy”. I assured them that it was a legitimate place: “It even has a sign!” I told them, describing the lighted sign enthusiastically. However, as we were ushered up a wet cement staircase behind the building and asked to disrobe and don a pair scrub like pajamas, the girls decided that I was wrong. “Sketchiest. Place. Ever.” they informed me emphatically after we left. Looking back, they’re not wrong. Sometimes I forget that my “sketchy” tolerance is significantly higher than average due to some “interesting” experiences in my past. But… no one’s organs were harvested and everyone admitted their massages were pretty top-notch, even if a couple girls were left with bruises. My massage on the other hand, was the worst I’ve ever gotten. Oh the irony.

The next morning the girls went to Taipei 101, but because I’d recently done some shopping in Tokyo, and had a ton of work to do before my India trip, I decided to stay back and return Okinawa Hai emails and get posts organized. 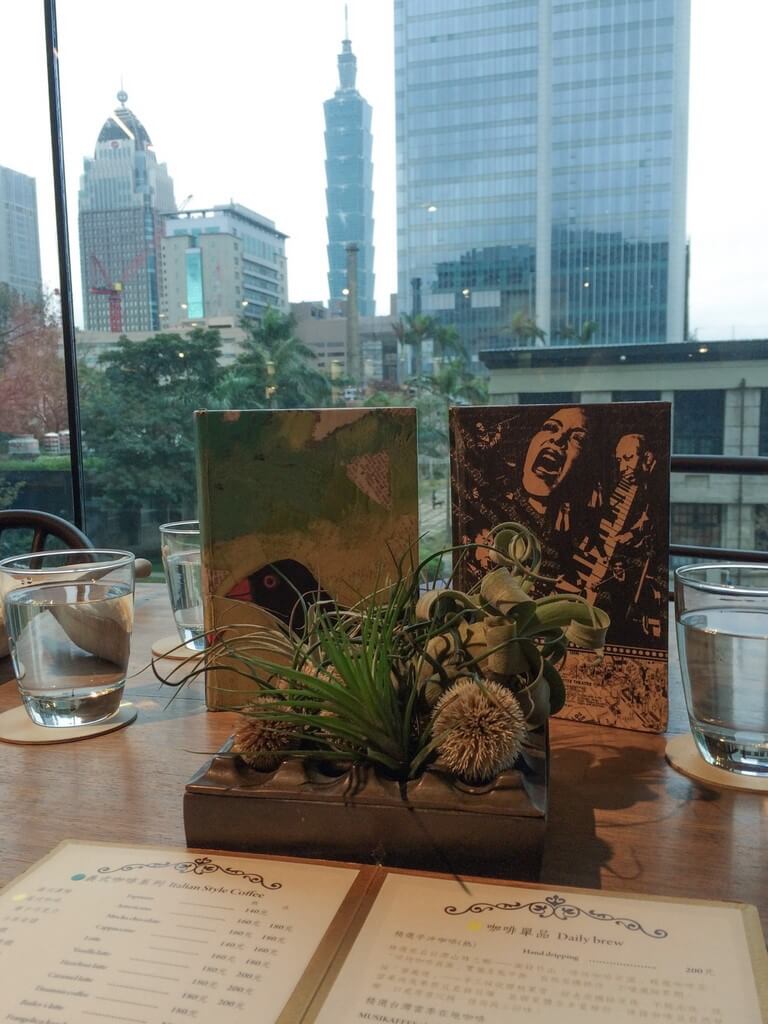 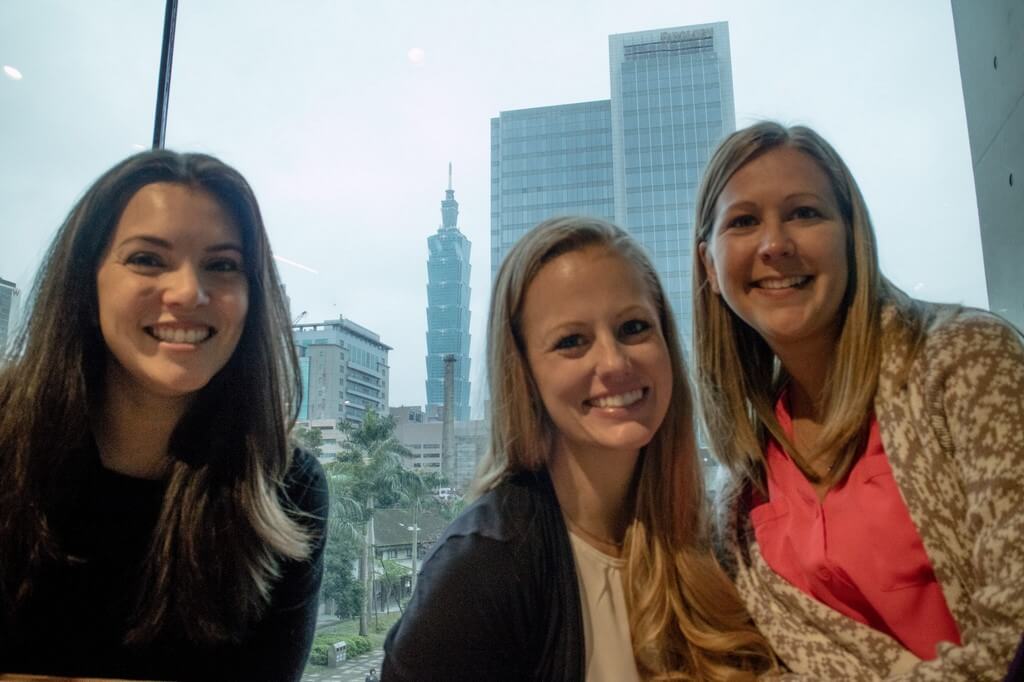 That afternoon while half the group went to the Chiang Kai Shek Memorial and did more exploring, three of us decided to try to be productive by going back to the darling cafe we’d seen on our food tour the previous day to work. The place is called Muskicafe and everything is served on lovely trays accompanied by a music box. Laura, Leslie and I spent the afternoon there and loved the view, the coffee and every minute (even if we didn’t get nearly as much work done as we’d meant to!) 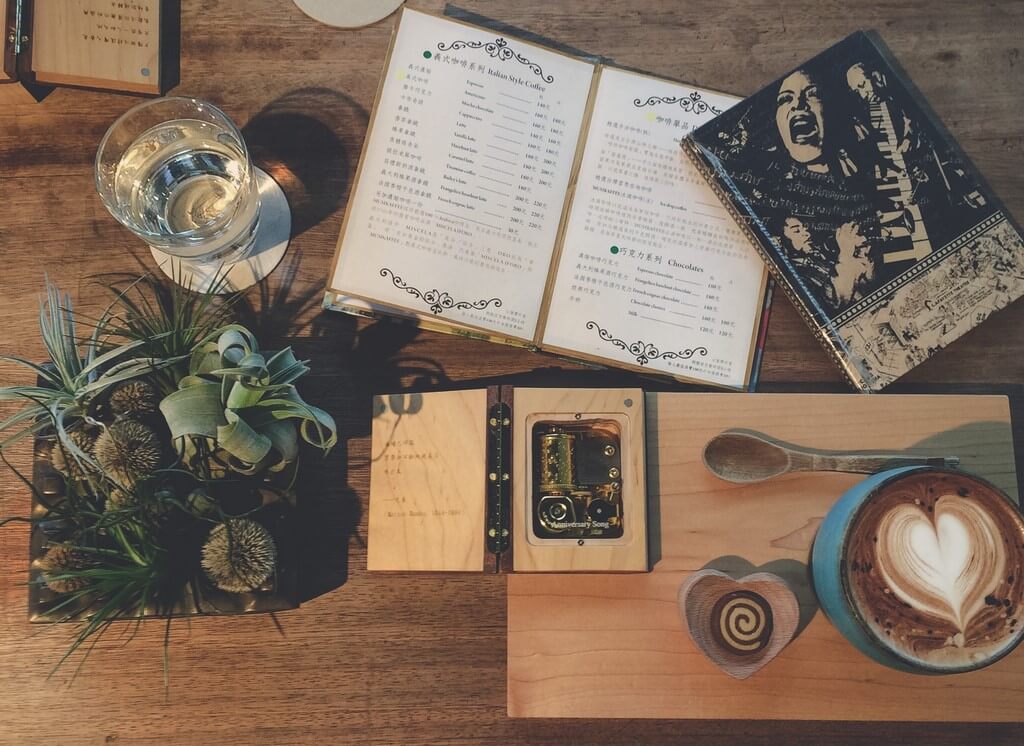 That evening we went to ATT4Fun, a place I fell in love with last time I was in Taipei. I meant for us to have a cocktail at the rooftop bar, Stream, and then work our way down the floors shopping and exploring- I mean last time I found myself literally walking through wonderland, so I was excited to see what we might discover, but as it turned out, we never made it past Stream. We ordered a little bit of everything on the menu, had entirely too many lemon drops and danced the night away. Although we left at a semi-decent hour, we didn’t end up falling asleep until nearly morning, opting instead to pile into one bed in an emotional heap of love and Mindy-tears. 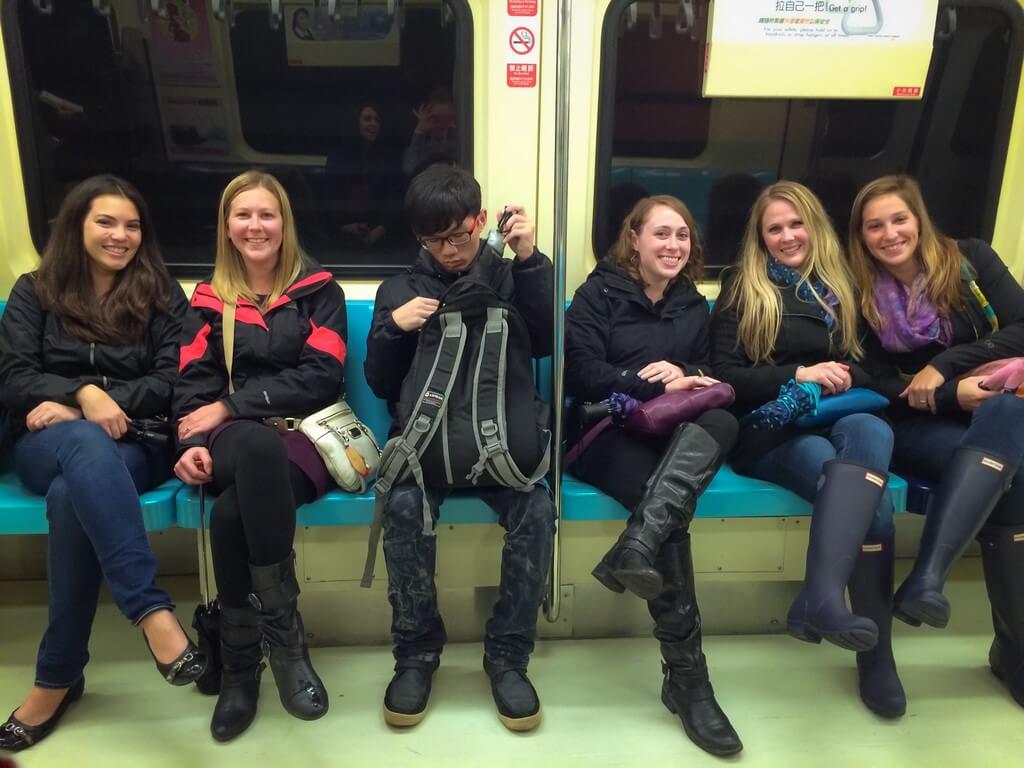 It’s hard for me to imagine that there is going to come a time, that these girls aren’t a part of my weekly (if not daily) life. One of the things that has been the most challenging for me to accept about this military life of mine is how transient everything is. My closest friends are all going to be leaving me within the 6-9 months. Everyone tells my I’ll make new friends, and I know that’s true, but… I don’t want new friends. I want these friends, and I want them to stay right where they are- close to me! I love everything exactly as it is right now. It’s really hard to accept that the only thing that is certain in my life is change. Well, change, and the fact that no matter how I try, I will never be able to make time stand still. 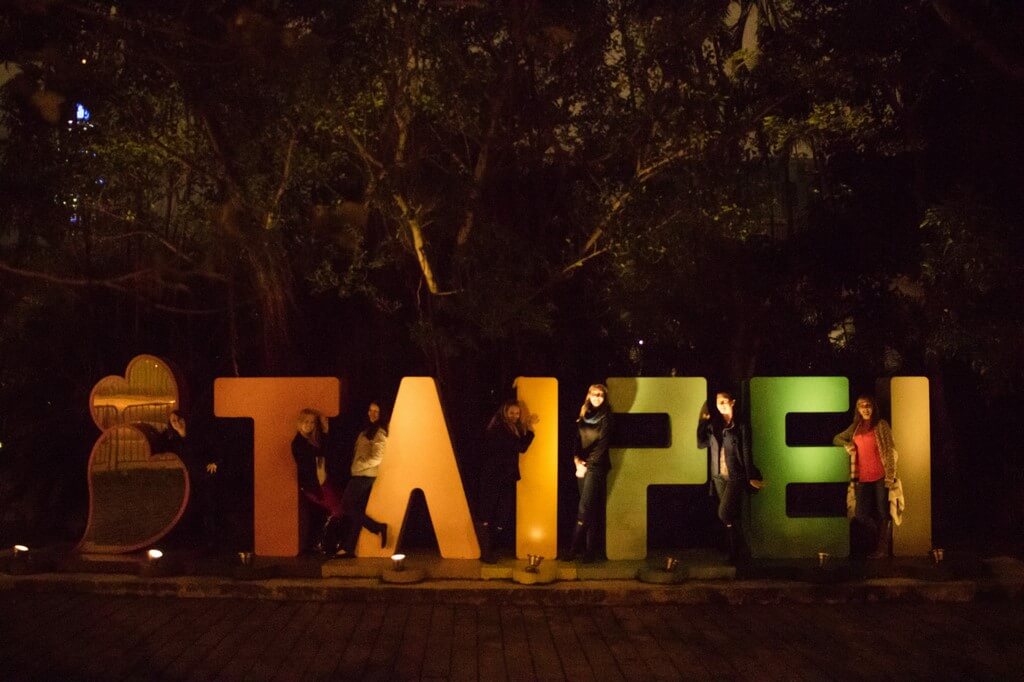 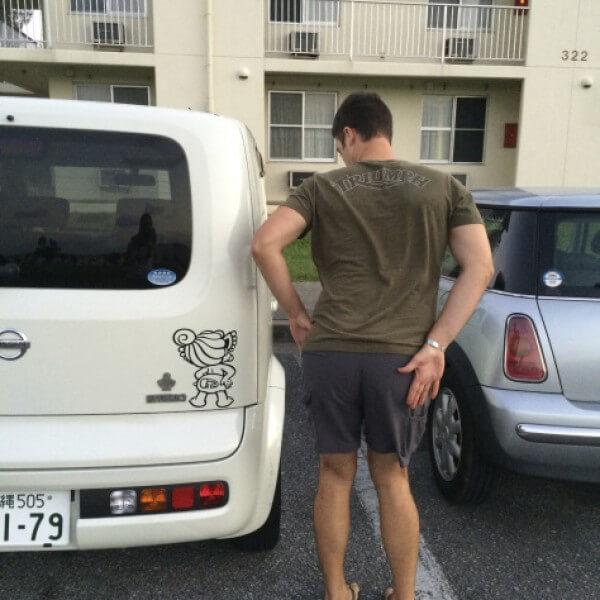 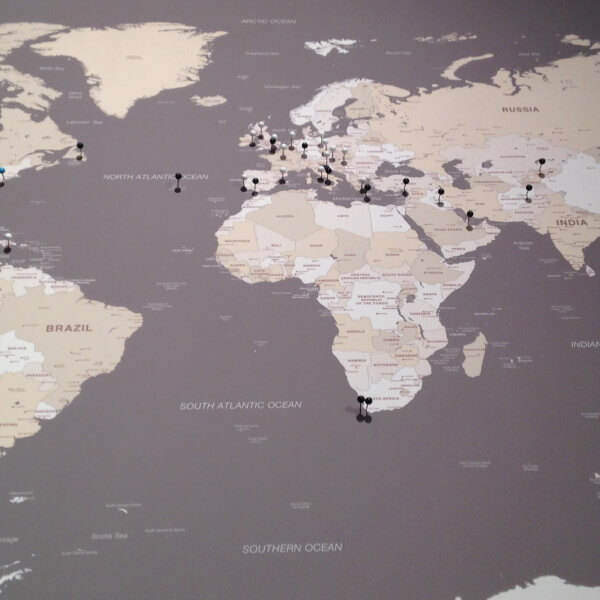