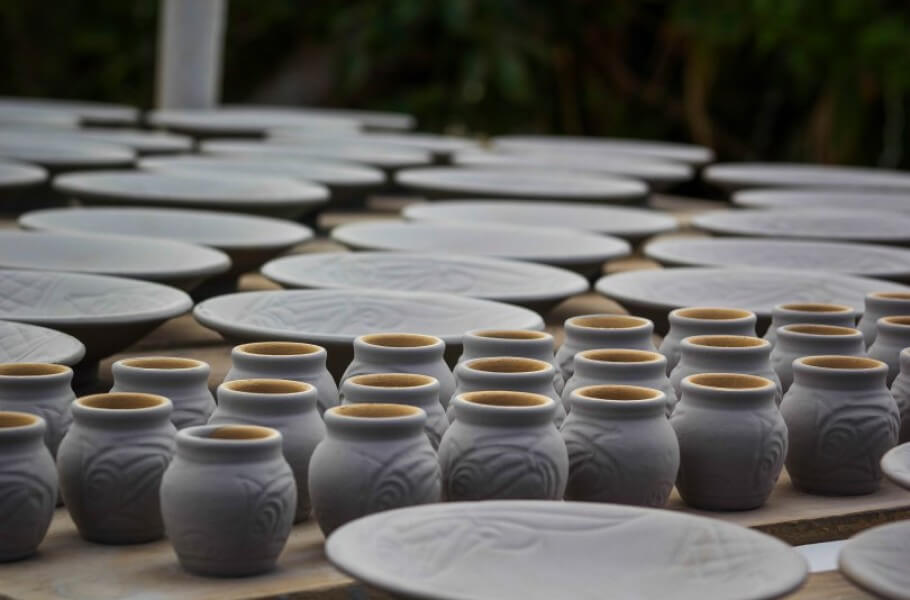 There is something very thrilling about moving to a country when you don’t speak the language and you don’t know your way around. You feel almost like you are the first to discover each place, as you slowly explore and uncover its secrets. When you stumble upon a restaurant that makes the best yakisoba you have ever tasted, you feel like you have earned it. When you sit down somewhere and realize they only serve cow tongue and intestines (more on that later) you chalk it up as an experience.

With that said, there is also something immeasurably convenient about knowing someone who has already done all of the exploring and can just tell you how to get to the best fish markets or where to go for a great pedicure. For me, that person has been Callie. And last week she took two of us newbies to “discover” the Yomitan Pottery Village, or Yachimun no Sato.

This adorable little village is comprised of a series of small houses, kilns and shops that sprawl over a small hill in Yomitan, just north of Kadena Air Base. Upon arriving, you park in a well-marked lot, and then meander by foot along the single paved path that connects all of the shops and studios. There are about 45 practicing potters and glass artists who work in this little district. Near the bottom of the hill is a glass blowing studio. Visitors can watch as these glass artists turn old bottles (and all kinds of other things) into beautiful works of art that are then sold in one of the shops. I could have stood there taking pictures all day. It’s hypnotizing to watch them work. 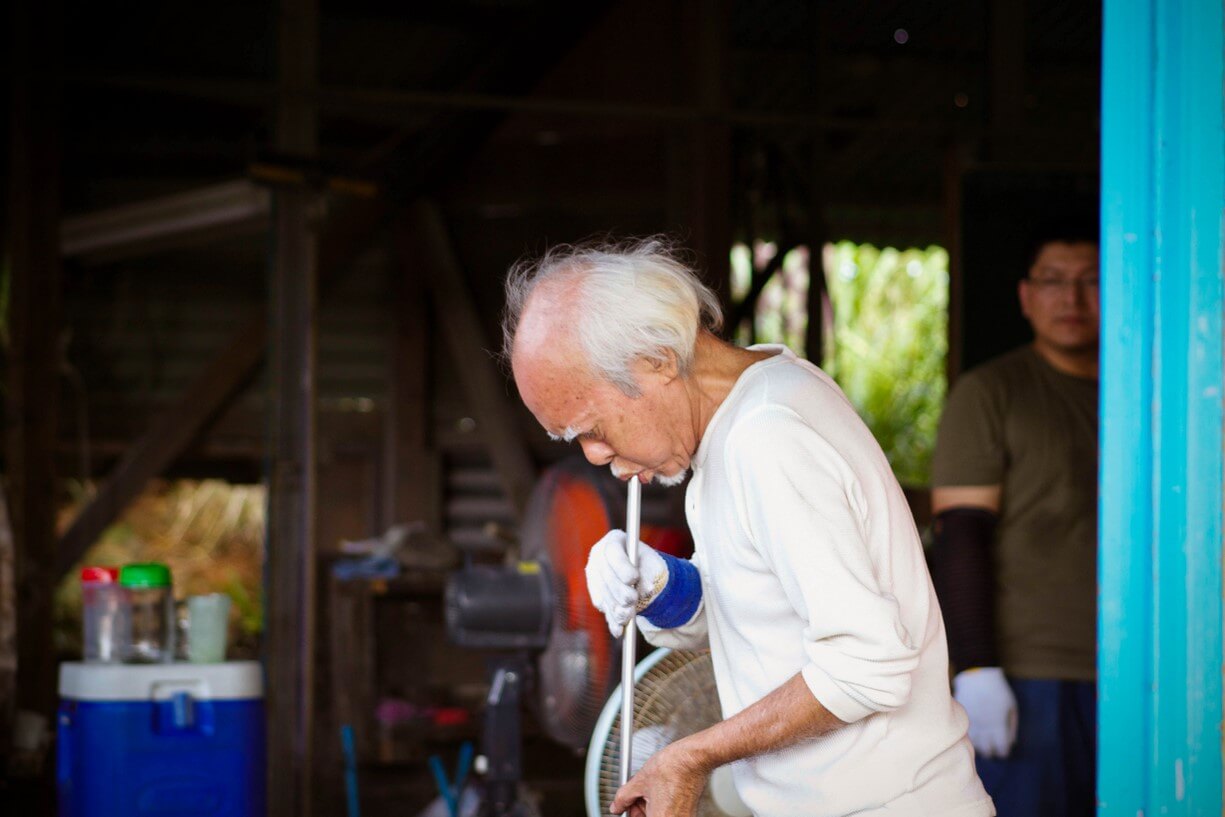 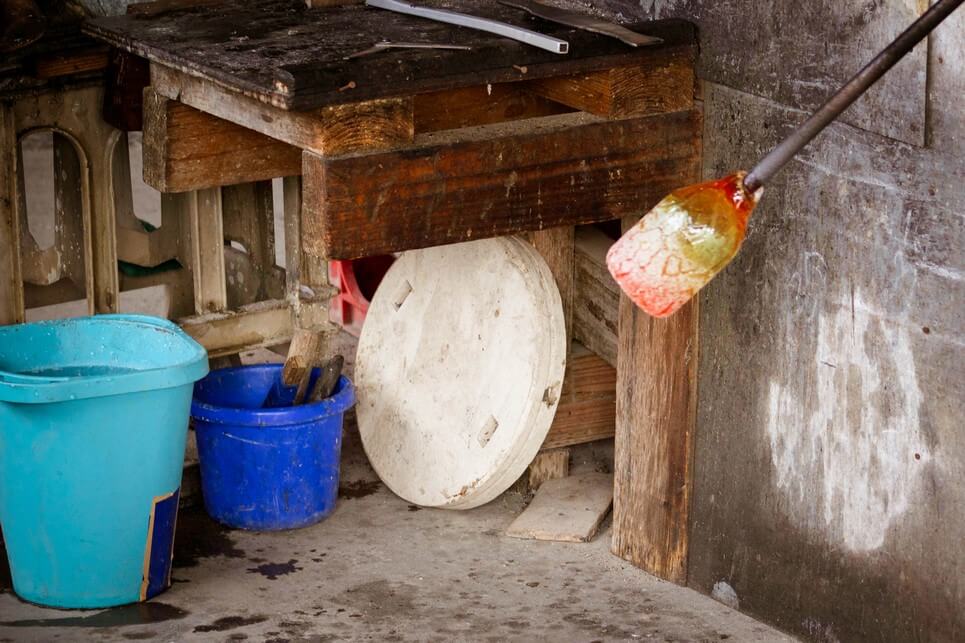 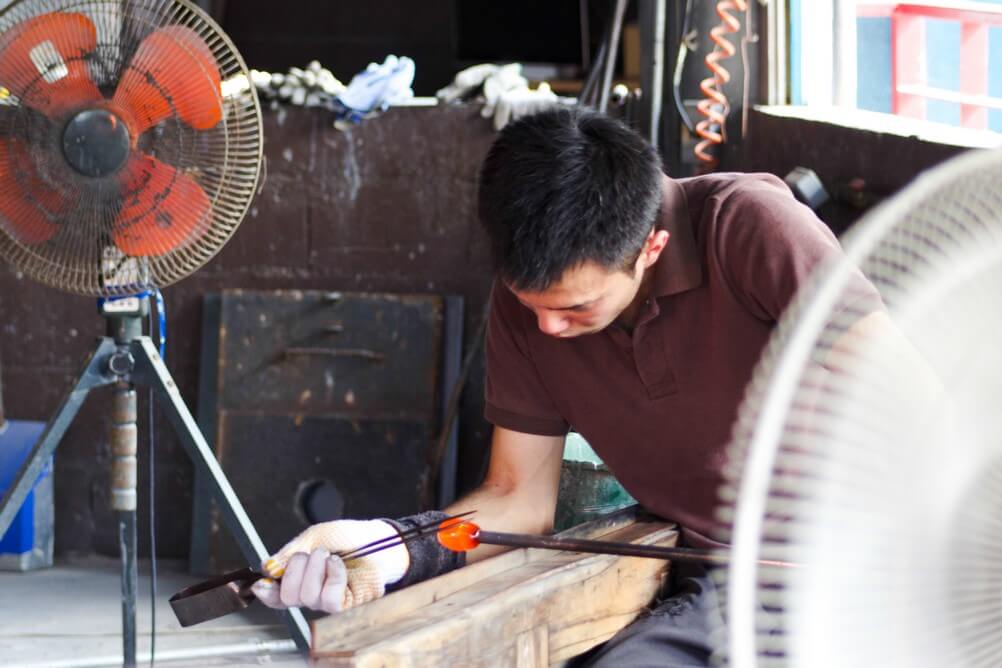 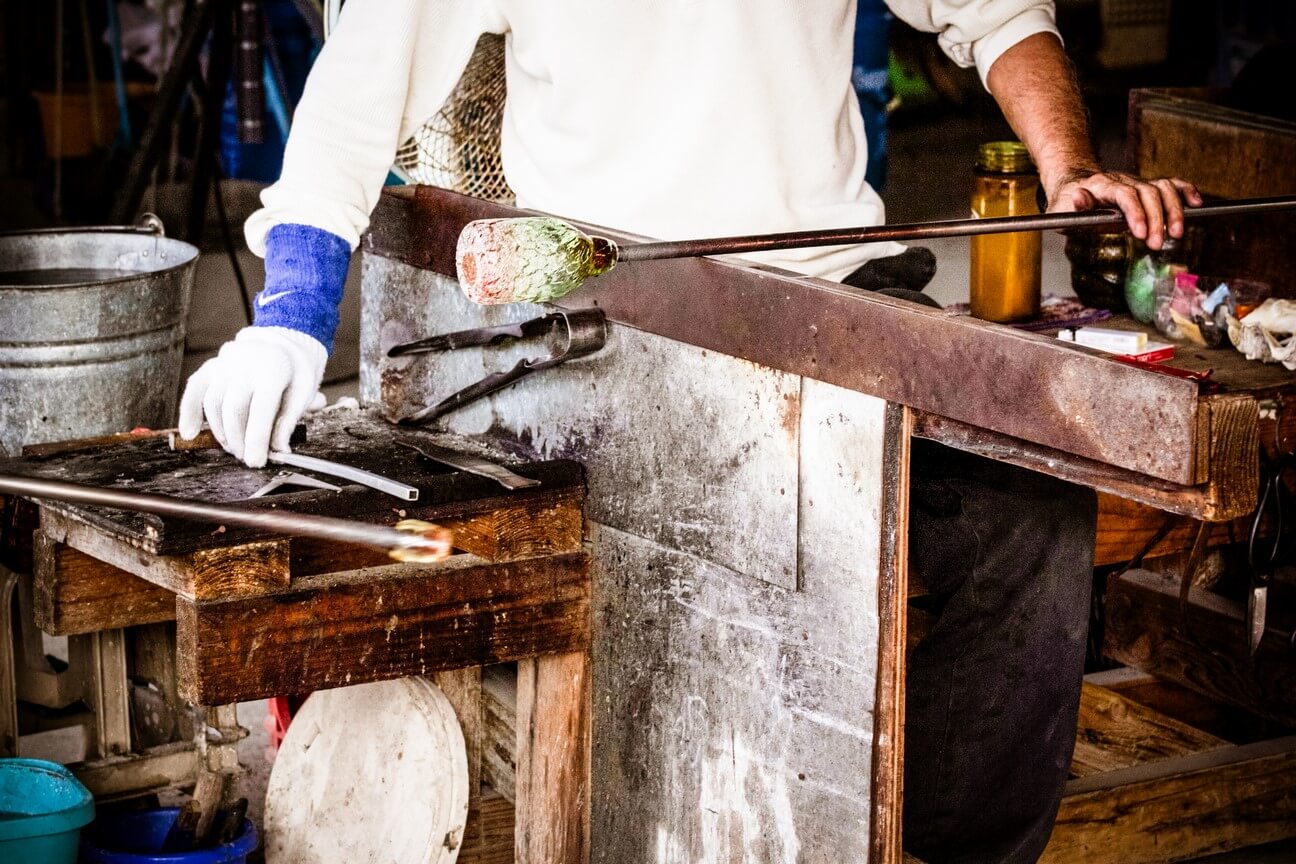 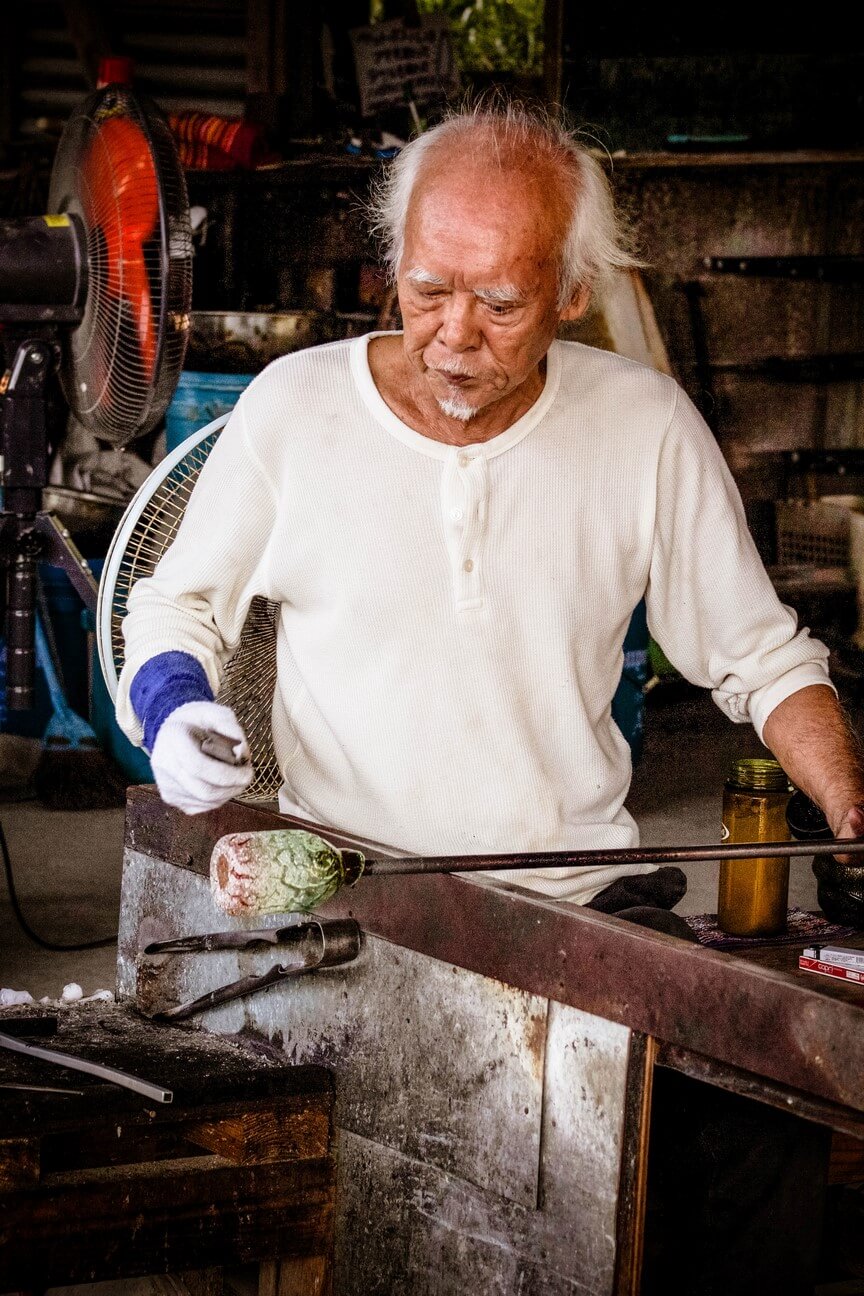 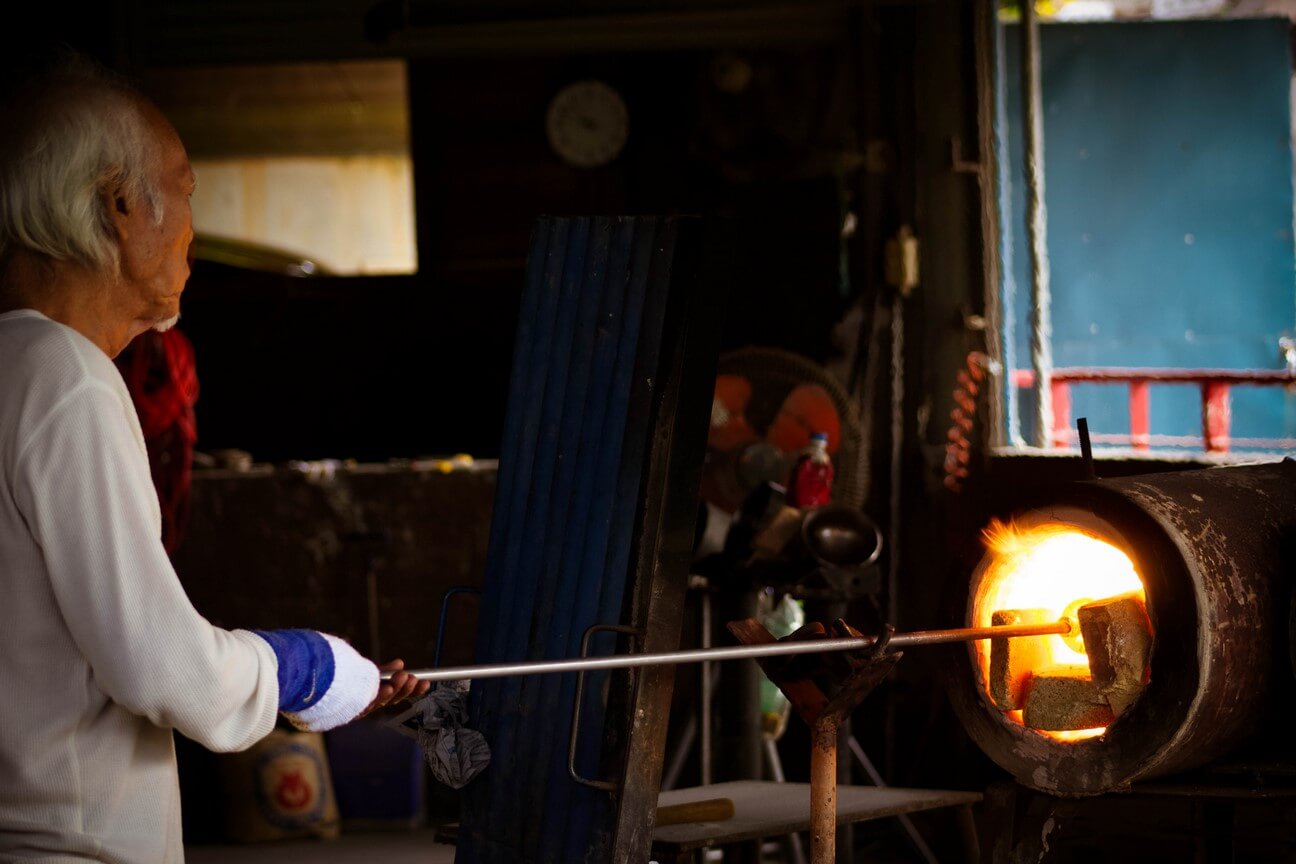 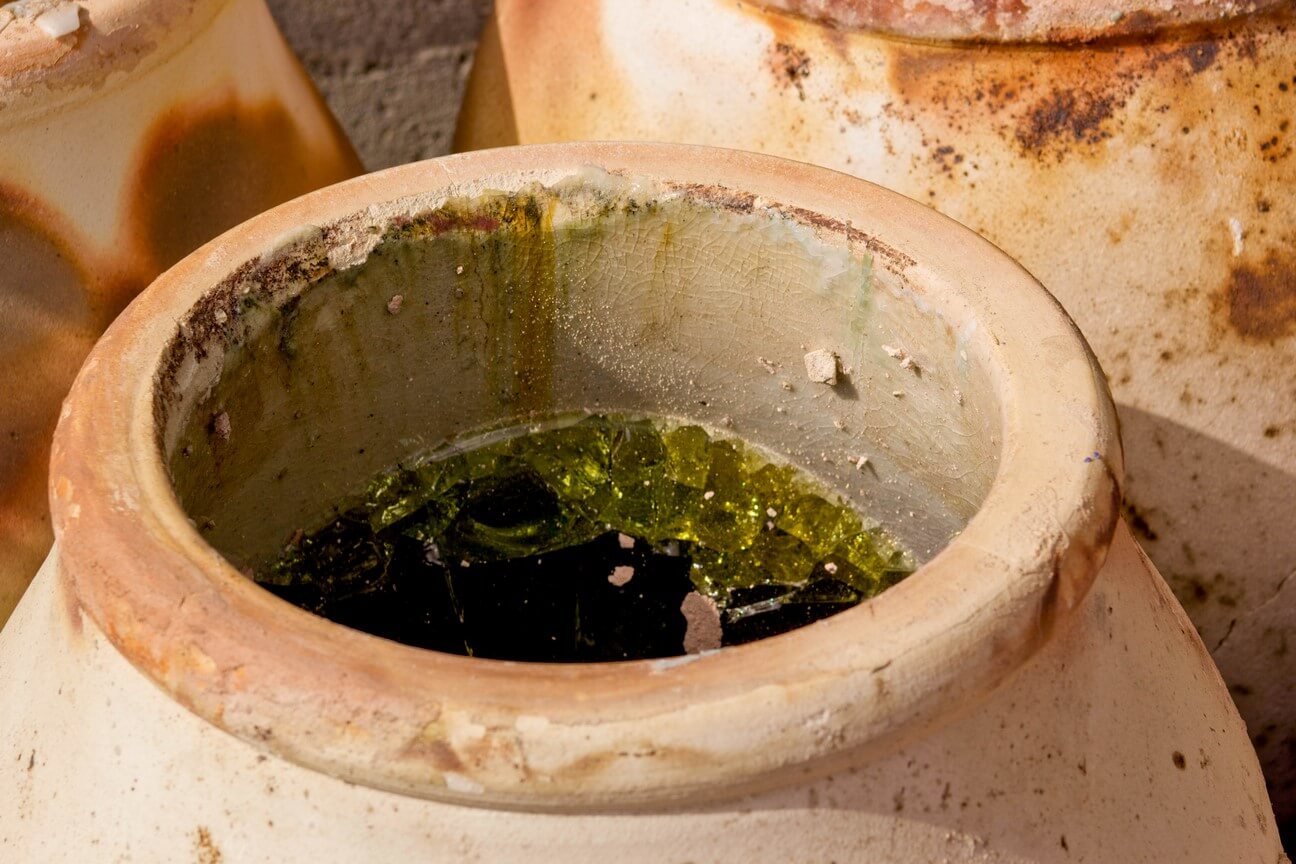 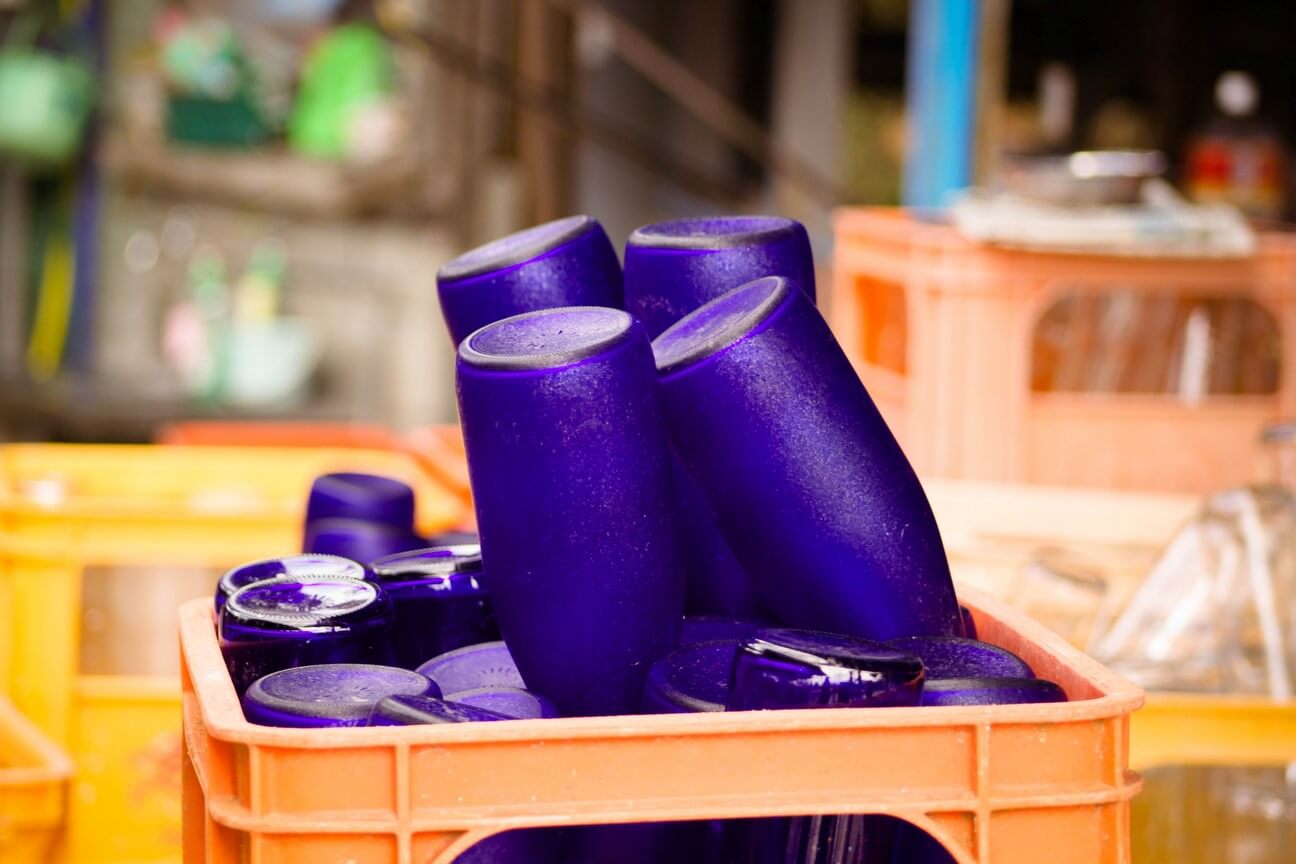 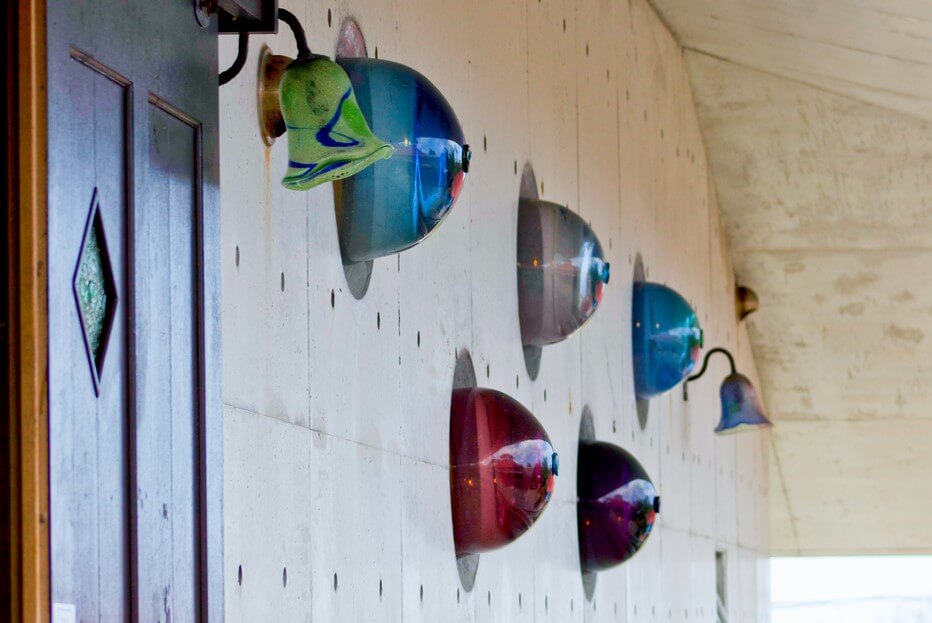 As you continue along, you pass lots of little shops and several red-roofed kilns, including one unique looking structure in the center of the village that we joked resembled a dragon, crawling down the hill. After further research, we discovered there is a pretty good reason for that. This building is actually an old style “climbing kiln” or Noborigama. Several times a year they still fire it up, and the glow produced as it works its glazing magic only serves to enhance its dragon-like appearance. These glazed pieces are sold alongside the more traditional Tsuboya pottery, which is the signature Okinawan unglazed pottery, so the more shops you explore, the more you will find something for every taste. 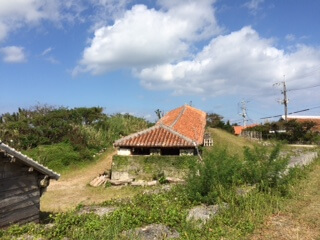 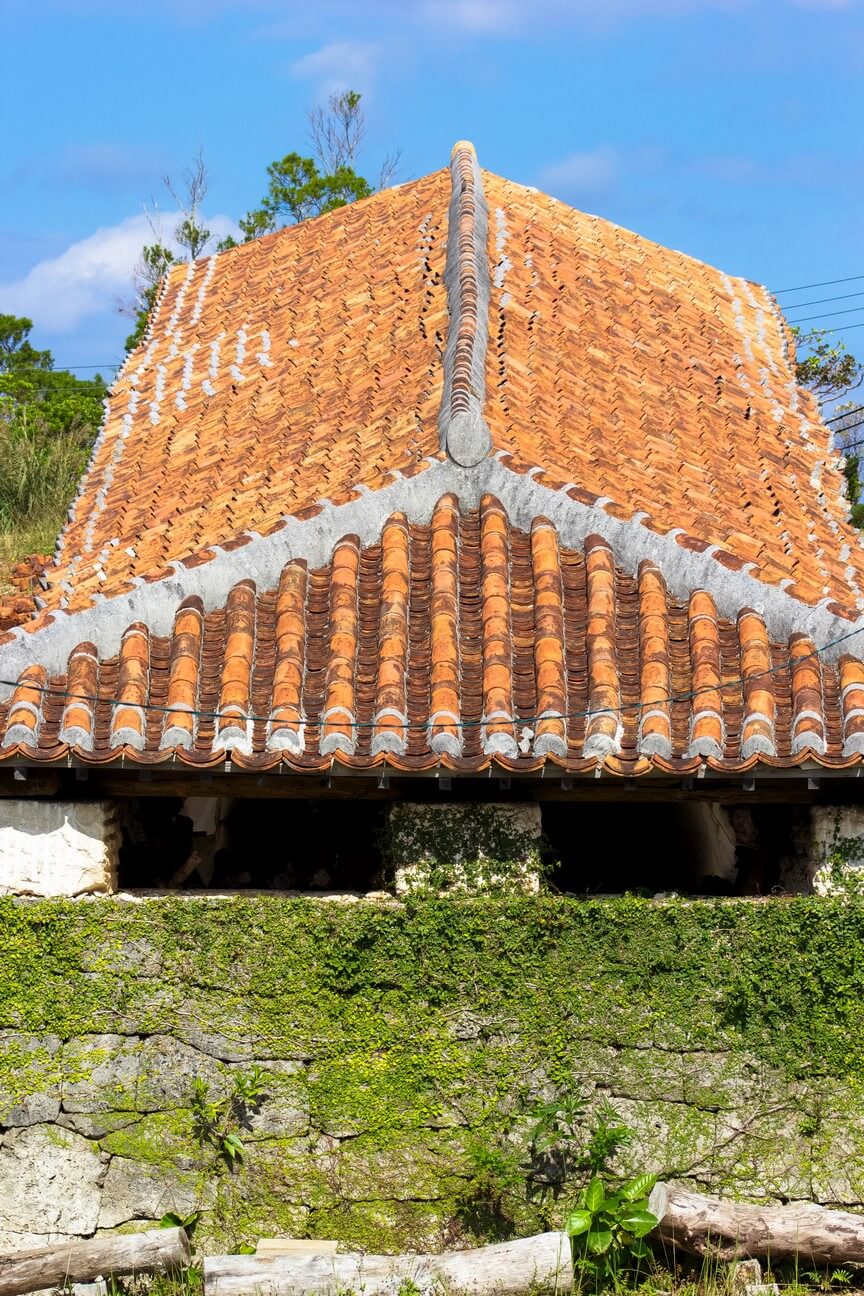 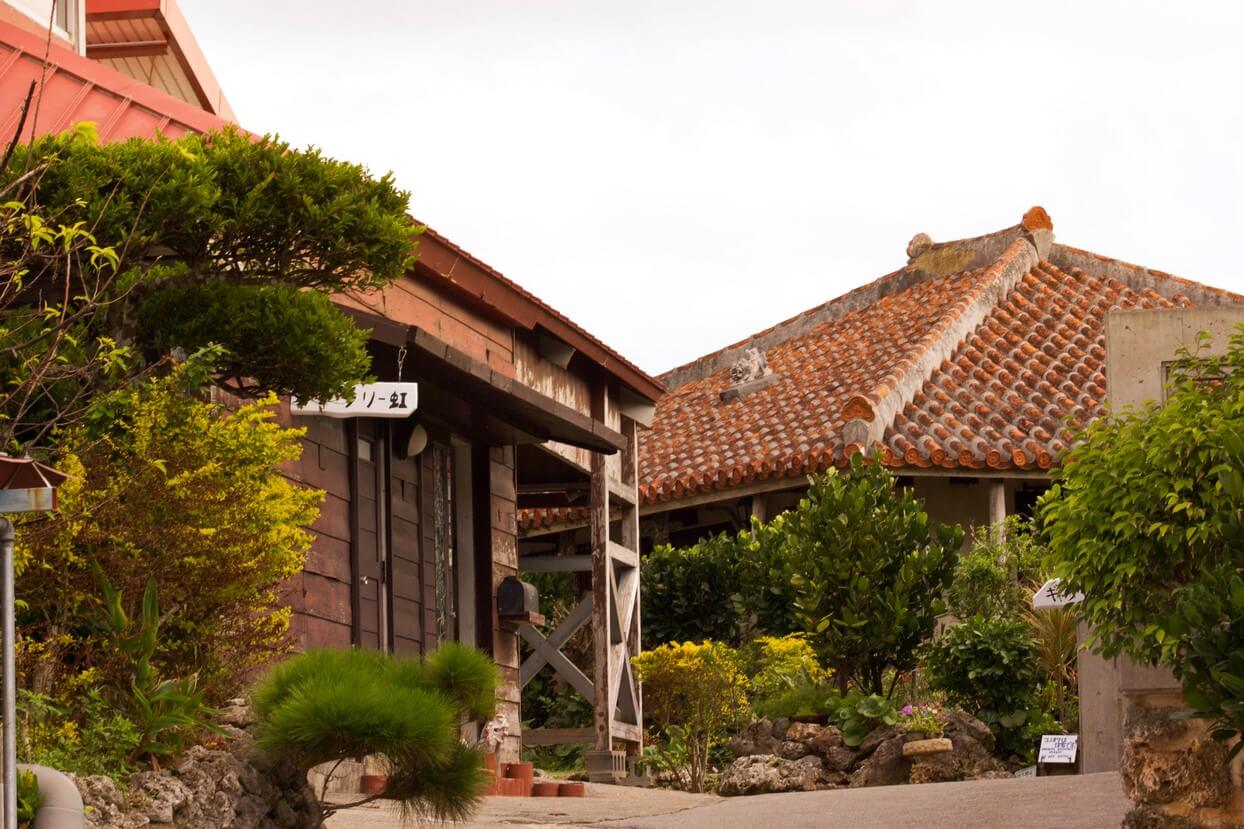 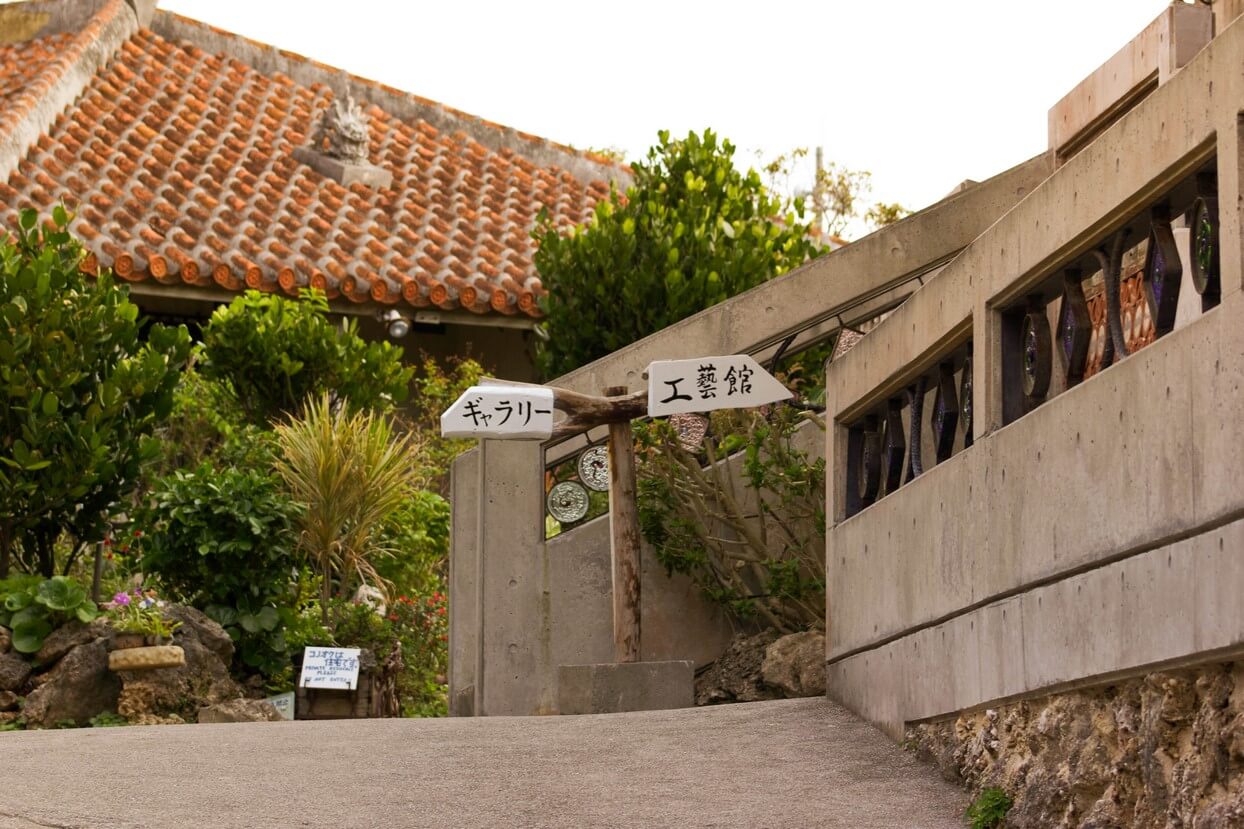 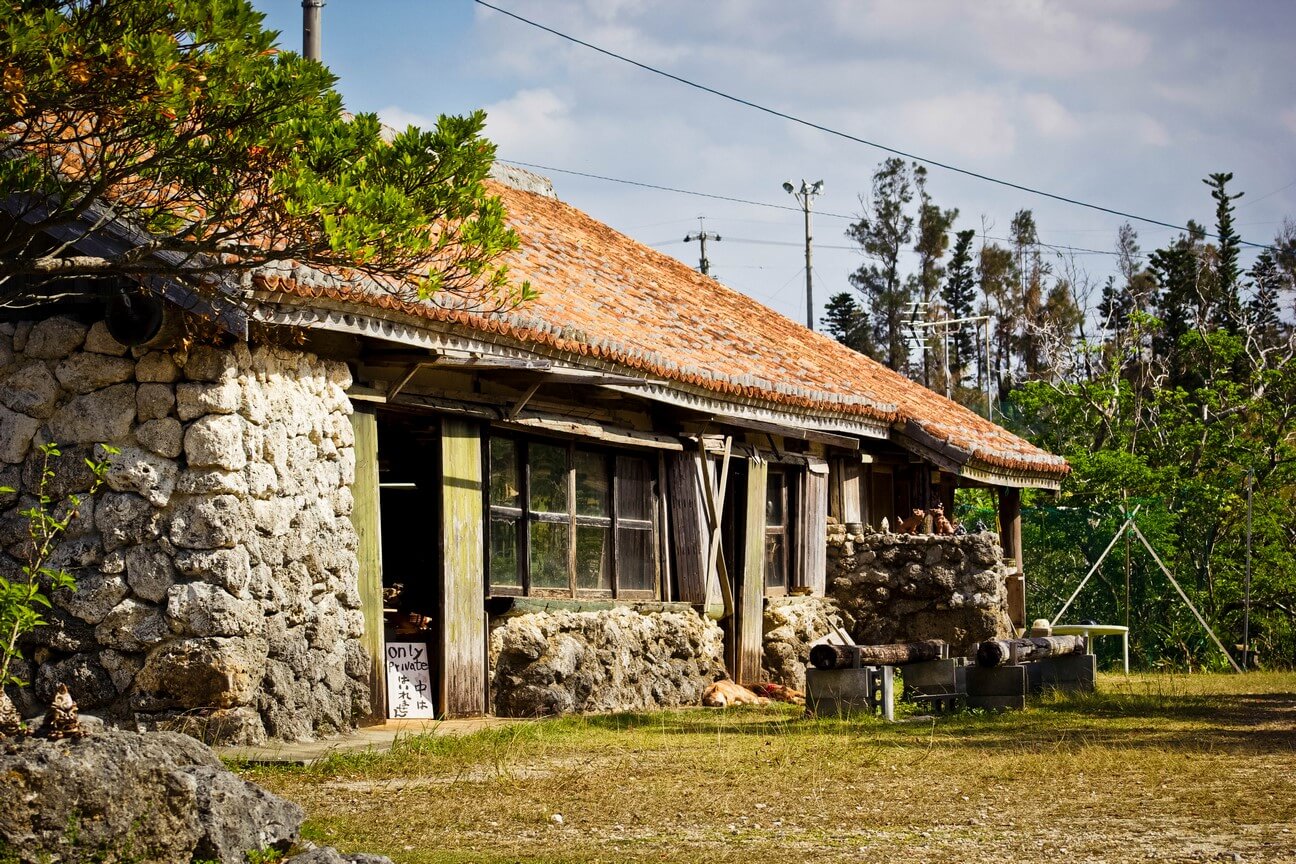 Pottery prices start around $10 and go up (and up, and up) from there. I found a darling little tea cup and saucer that I just couldn’t walk away from for 2800 yen, or roughly $30. All three of us had said we were on the look out for Shisa1, but didn’t find any that were quite in our price ranges, although I put considerable pressure on Kelsey to spend upward of 5,000 USD on a pair that were pretty magnificent. Whether browsing or buying, I’ve added the Yomitan Pottery Village to the list of attractions I am going to recommend for everyone who comes to visit. We had a blast just walking around and exploring these beautiful shops. Plus… I walked out with a piece that makes me feel like I am sipping nectar straight from a flower every time I use it!