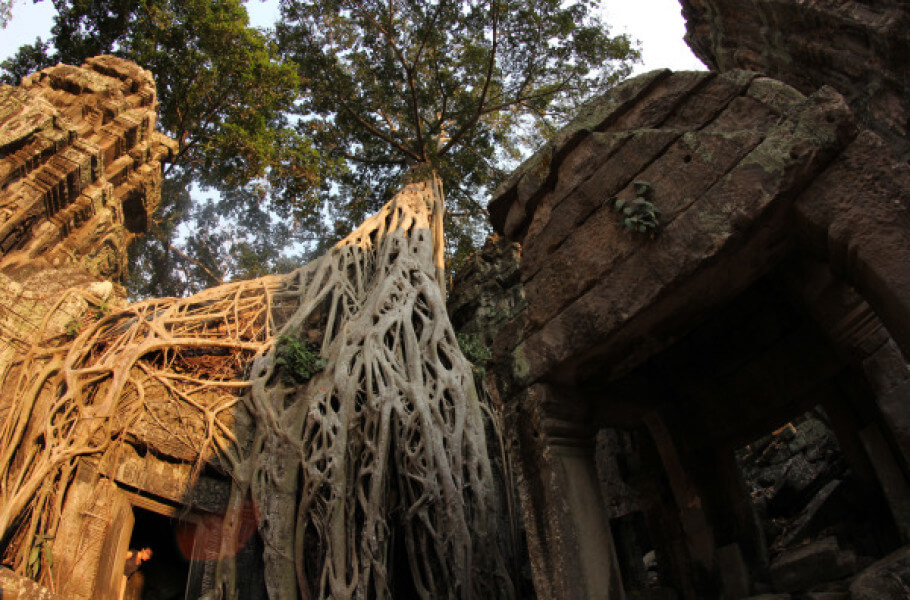 “Templed Out” is an expression used in Cambodian guide books, to describe the point at which you have seen so many ancient temple ruins that you can no longer appreciate them. This varies from person to person, but I discovered that, for me, after about eight hours of exploring the glorious Angkor temples- rocks just start looking like rocks, no matter how they are carved or stacked.

You can buy 1-day, 3-day, or week-long passes to visit into the Angkor temples. Passes are $20, $40 or $60 U.S. dollars respectively. It’s about another $10-$15 to rent a tuk-tuk driver for the day, making my visit to Angkor Wat the single most expensive thing I did while I was in Southeast Asia. It’s almost funny how I balked at the price, but I tell you what… you get used to paying $1 for a full meal and suddenly you start thinking in SEAsian prices.

During my backpacking trip I traveled with several different travel buddies, Brian being the one I started and ended the trip with and spent most of my time with. We parted ways in Hoi An, Vietnam so that I could do Saigon and Cambodia alone on my way to meet my friend Lesley, who I explored a few islands and Australia with. The thing I love about traveling, especially when hitting the main backpacker points in Southeast Asia, is that it is impossible to ever be truly alone. On my first night in Cambodia, I almost literally ran into a guy named Norbert, who I had spent a few days with in Luang Prabang. He introduced me to Amok (a classic Khmer coconut curry steamed in banana leaves) at the night market and then we parted ways, so that I could get back to my hostel for a good night’s sleep before my early morning temple-ing commenced.

People have often asked me if I ever felt that I was in danger while I was traveling alone. To be honest, I really never did. I love traveling alone… however, on this particular night, I did find myself in a position that left me thinking, “Well this might not work out well for me.” As it turned out, everything was okay, but you can read the whole story here later this week. (Mom, you will likely want to skip that one).

And now, back to the highlight of my visit to Siem Reap: Angkor Wat.
The Angkor temples are the largest religious compound in the world. There are dozens of temples, and like I said earlier, many history and archaeology buffs can easily spend a week exploring the area, but my tuk-tuk driver and I were both ready to call it a day after seeing:

In desperate need of someone to take a picture for me, I approached another seemingly solo traveler. He obliged, and we started naturally taking the same path among the ruins. We quickly came upon a couple who were denied entrance to Bayon because her shoulders were showing. Gallantly, I came to the rescue, offering her a pair of elephant pants that I had just purchased (because you know I can’t resist a good bargain on those!) to drape over her shoulders like a shawl. She gratefully accepted and two became four as we made our way around the perimeter of the temple.

Exhausted and sweating, the four of us decided to grab lunch and cocounts as our tuk-tuk drivers waited. As we were sitting down to eat, Dan (the solo traveler I met earlier) said the most interesting thing about traveling alone is how difficult it is to find any alone time. We all kind of laughed about his statement, but realized how much truth there was to it. We continued temple-ing together after lunch, and though none of us had cell phones, we all had access to facebook and exchanged information so we could meet up later for dinner.

I’ve thought about that phenomenon a lot since coming back to the states. When you are traveling, you immediately have something in common with everyone that you meet: you are traveling. You already know that you share a similar desire to see the world and experience new places, that many people don’t feel. You even have the more specific similarity of geography in common. You have all chosen to spend the time, money and resources to come to the same place. There’s something very unique about the friendships that I have formed while traveling, as I have addressed in previous posts. There is a certain quality of camaraderie that many of my stateside relationships are lacking. It makes me wonder if I could turn the city of New York into a small town by having the mindset that we are all in this together. We all chose to live in this city, to work in this city, to experience the city. Then I step off the curb and almost get side swiped by a speeding taxi and chuckle at the thought. 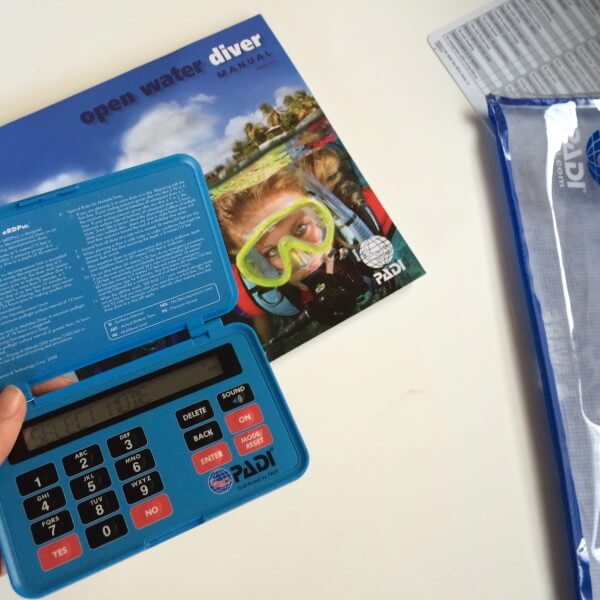