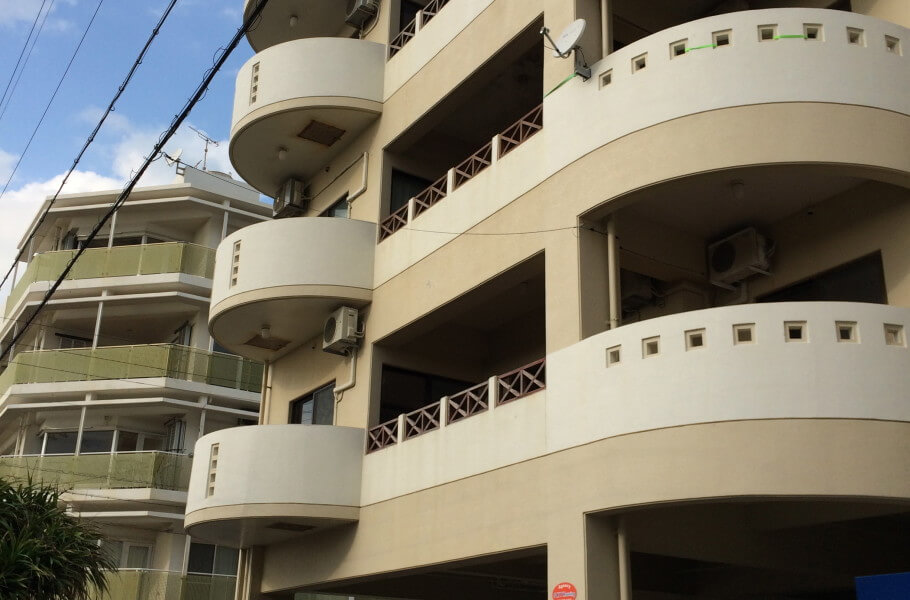 After three days of Oki-style house hunting, we had narrowed our options to two places. And if I thought house hunting was fun, house finding in Okinawa, is even better! One was a house on the far north corner of the Sunabe Seawall, the other was on the far south corner. And when I say “on the seawall” I mean it. Both were across the street from the water facing the seawall. (If that doesn’t get me out and running- Nothing will.)

House number one was a true stand alone house: 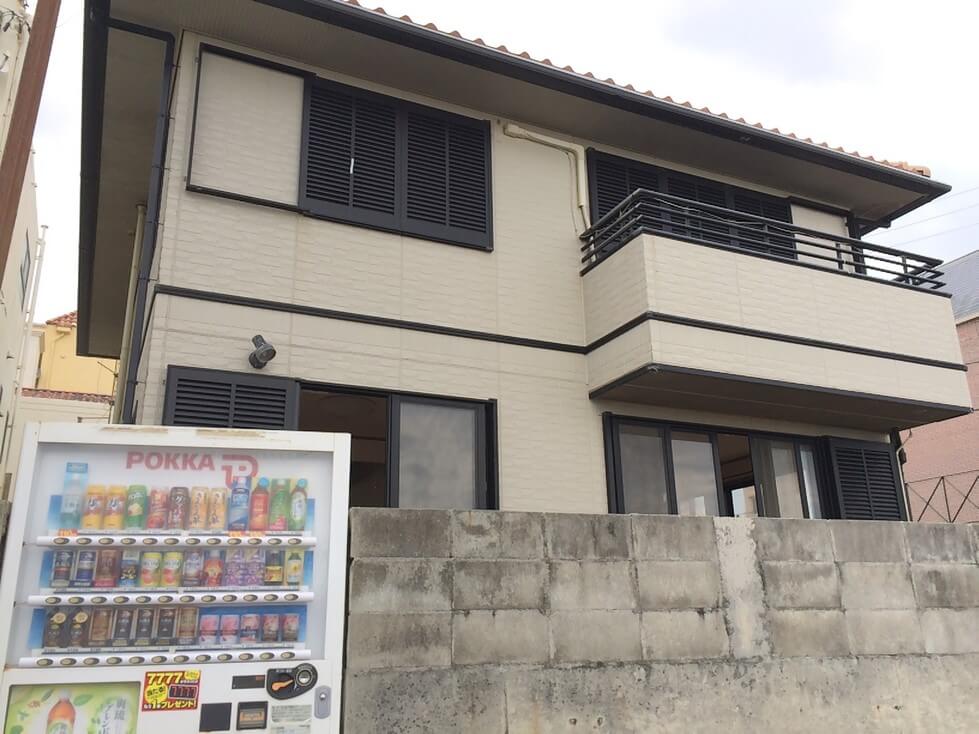 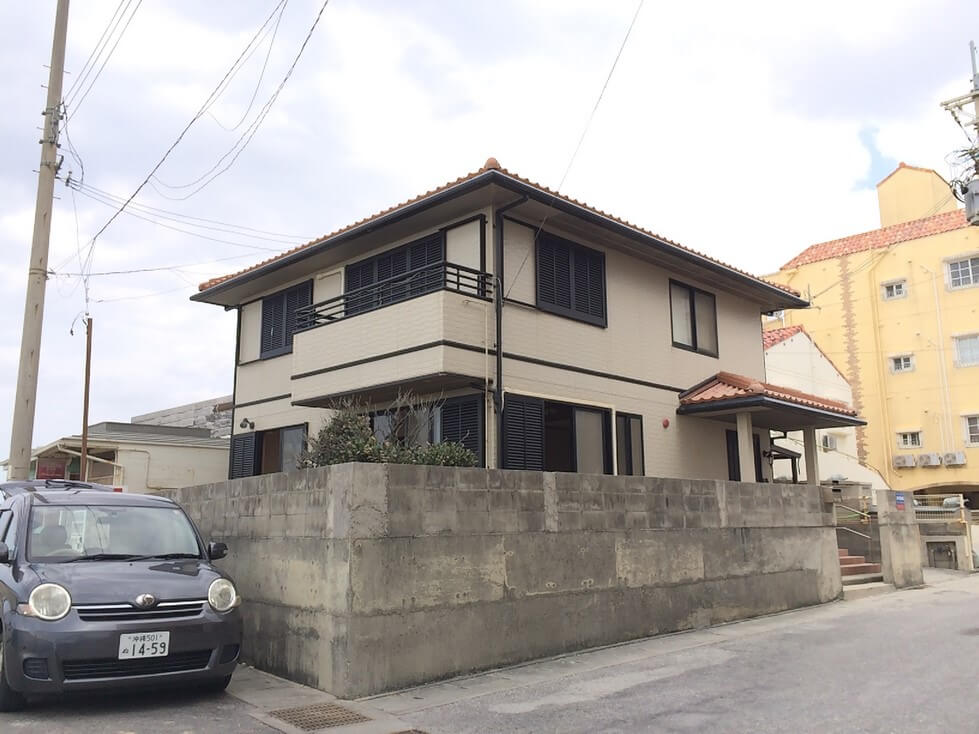 Next door is a cute little coffee shop- and that’s where the seawall ends on the North side. This place was everything that people had told us we could not find. A stand alone house, with a yard, and a view. We loved it. There was a balcony off of our bedroom and five huge windows. We’d be able to see the waves from our bed and go to sleep listening to them every night (that we kept the windows open). Because it is on a small one way street at the very north corner, there wasn’t much traffic either.

Here’s the rub, though. It was a three bedroom house, with one bath. And the bath… was downstairs. Call me high maintenance (Dane did), but I couldn’t imagine having to go downstairs in the middle of every night! The only other downside was that the kitchen was only equipped with a Japanese oven and stove-top. I mentioned this in a previous post, and I wish I had a picture to share with you, but imagine a three burner stove top, with a small drawer under it. Smaller than your silverware drawer… think the drawer that you use for pot holders. That “drawer” is the oven. You can make toast. But that is the extent of the “baking” that I would have been comfortable with. I love to bake. I have been planning on starting a little cake decorating business on the side while I’m here. This oven was going to be difficult. However, that being said, we’ve all heard that the first rule of real estate is location, so we were prepared to make this work. We looked into large toaster ovens, I told myself I could stop drinking water at night. We were ready to move on it. Until I saw the second house.

This one is more of a “flat” style. There are three units in the building and each has its own floor. I really liked the layout: It has a huge guest bathroom, a good sized kitchen, a private balcony off the master and a large balcony off the living area and one of the guest bedrooms. It’s a full 3 br, 2 ba, so we wouldn’t have to share one bathroom with guests (when you all start coming to visit!) The layout was great, but again we were trying to focus mostly on location. And that’s what made this place different than the first 15 houses we had viewed. It was also directly on the seawall. Although the view is not as uninterrupted (there are trees that have been planted between us and the seawall to give us more privacy) you can still see the water between the trees, hear the waves, and walk across the street to get to the seawall. I voted for this one, which we called “the flat.” Dane voted for “the house.” 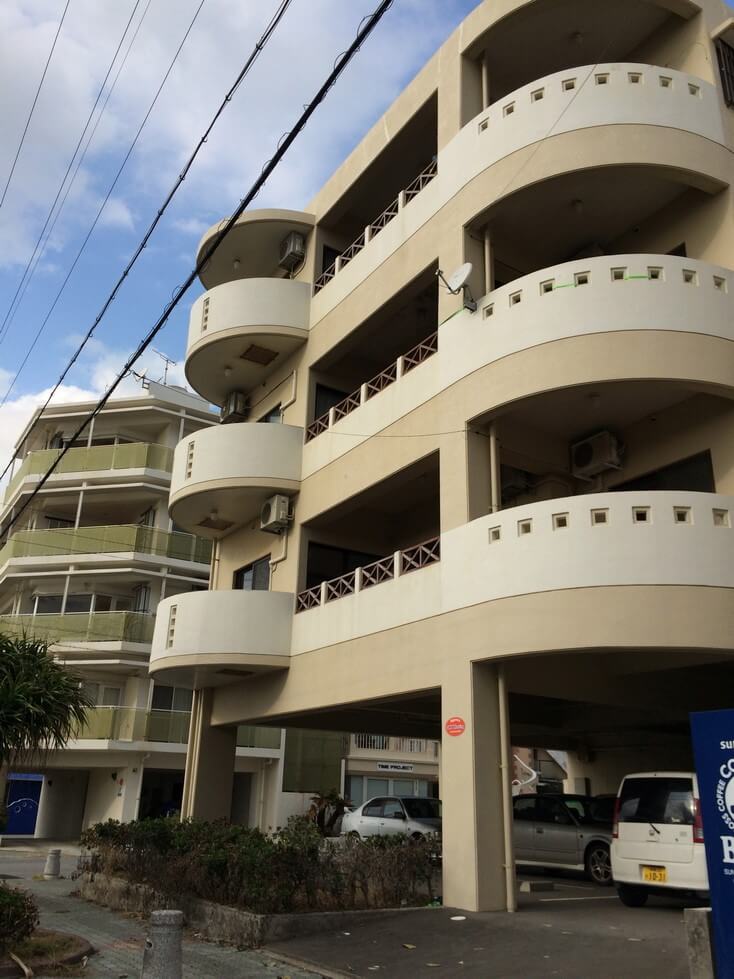 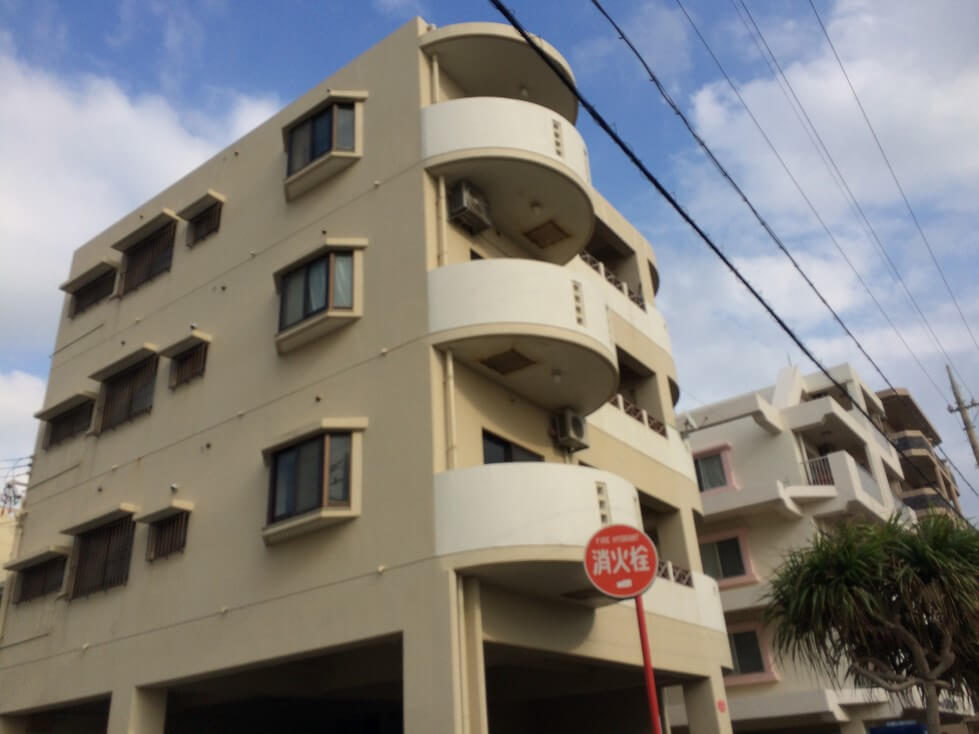 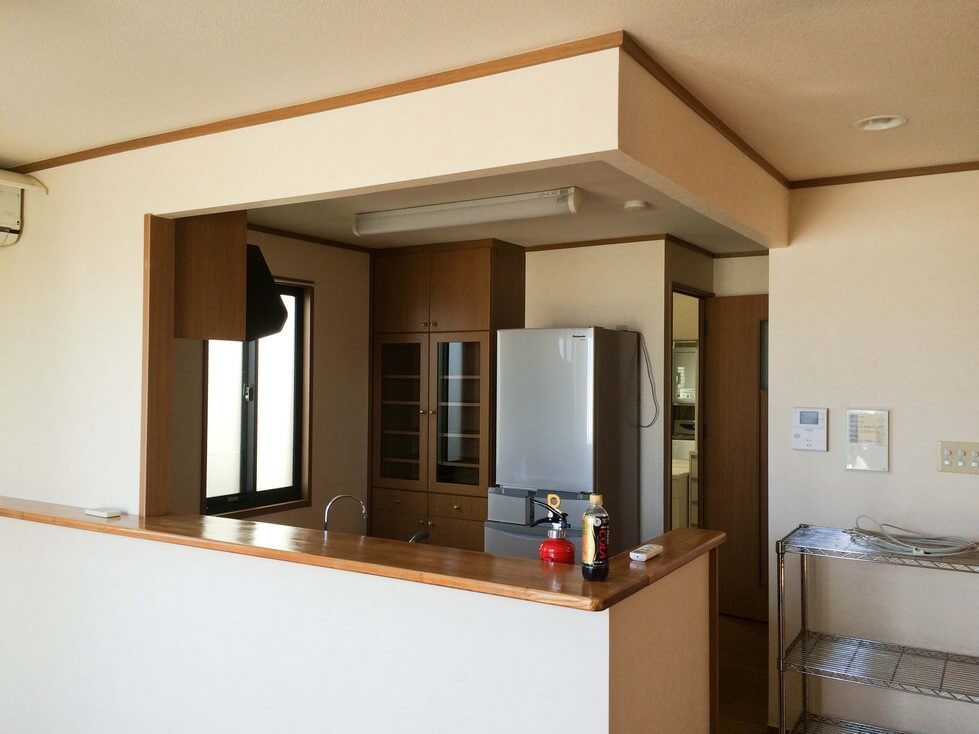 The kitchen was small, had little enough counter space that Dane was trying to figure out how he might be able to build a second counter, and that Japanese stove might have been a deal breaker.

But, this was the view from our bedroom window. Downside: people could look right in. Upside: EVERYTHING else. 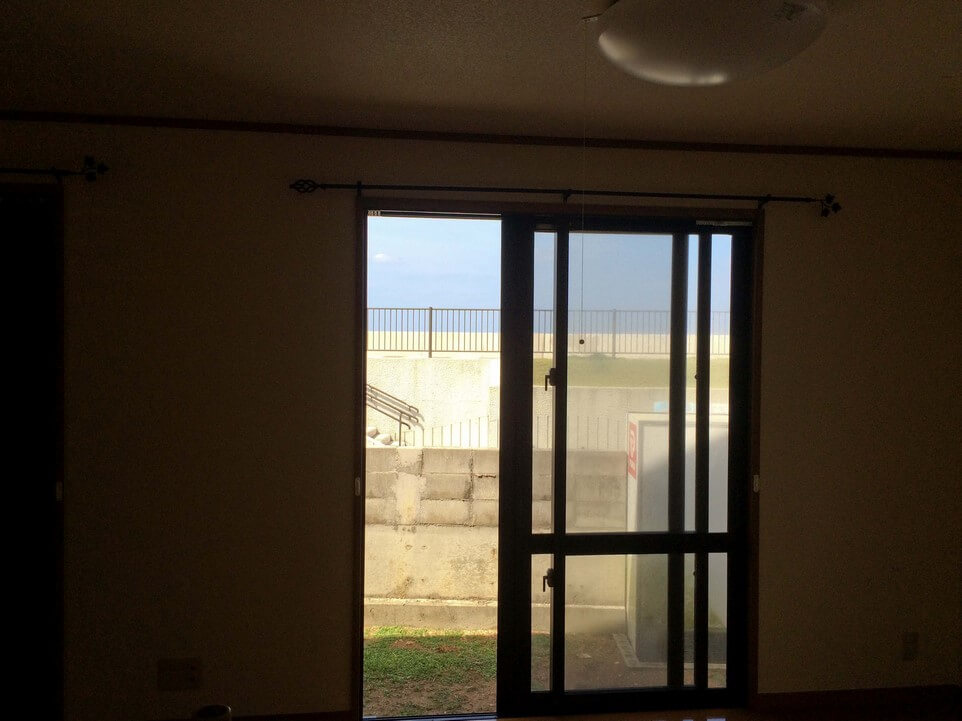 The view downstairs was pretty much just the seawall, but there were doors that opened (not pictured) along the entire wall of the living area, as well as this one in the dining room. The fact that it opened up into a yard was pretty amazing and another one of the huge selling points of this house. Not to mention, if you look at the right side of the yard you will see a vending machine. Vending machines in Okinawa are EVERYWHERE, but Dane loved the idea of having one IN our yard. 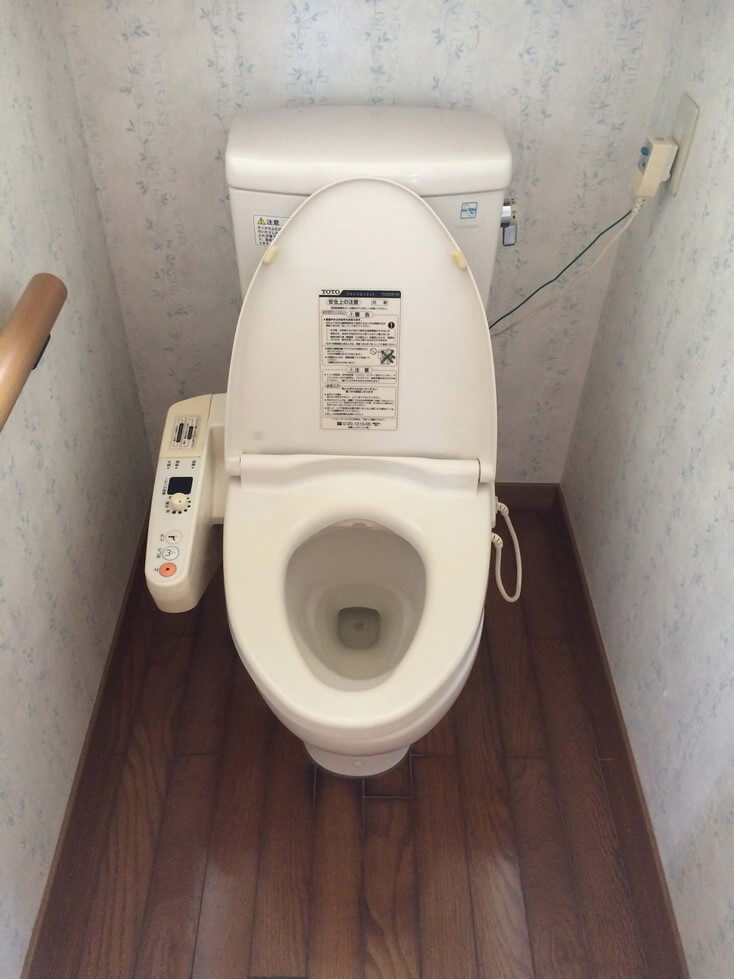 It might have only had one bathroom (and the toilet might have been off the hallway) But it was a Japanese toilet and the heated seats, bidet, and sound effects are a huge plus for any house we looked at. 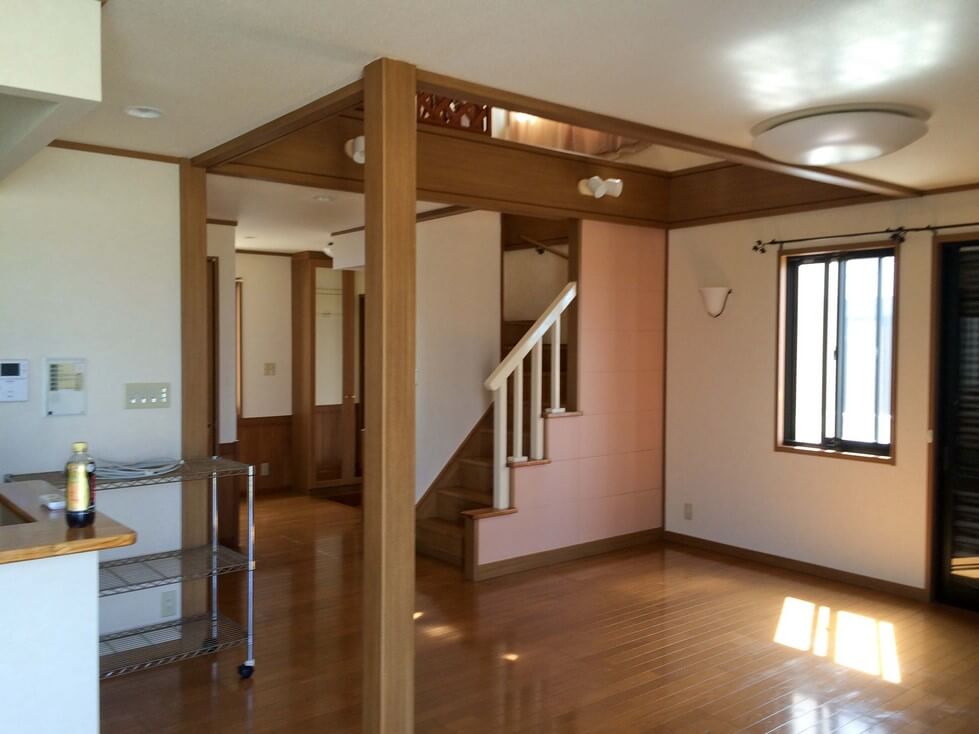 We liked the look of the place. The layout felt very authentically Japanese. 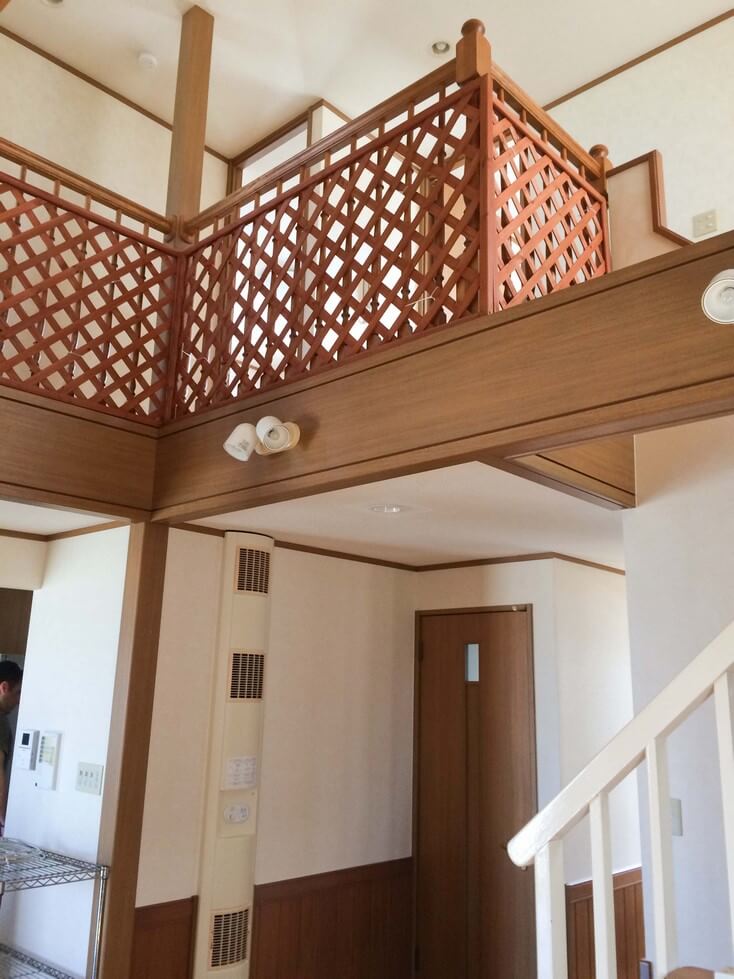 There was also something really appealing about having a house with multiple stories (although the four story house from the day before had been a bit too much) this one felt just right. 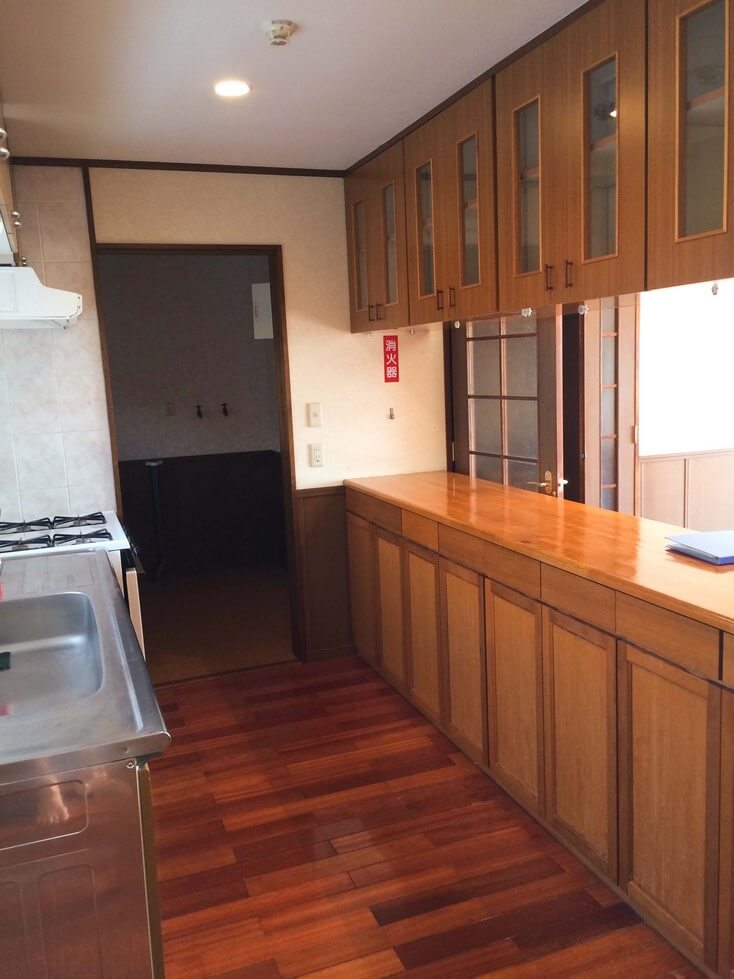 The kitchen in the flat has twice the counter space, not to mention an American-style gas stove and oven. 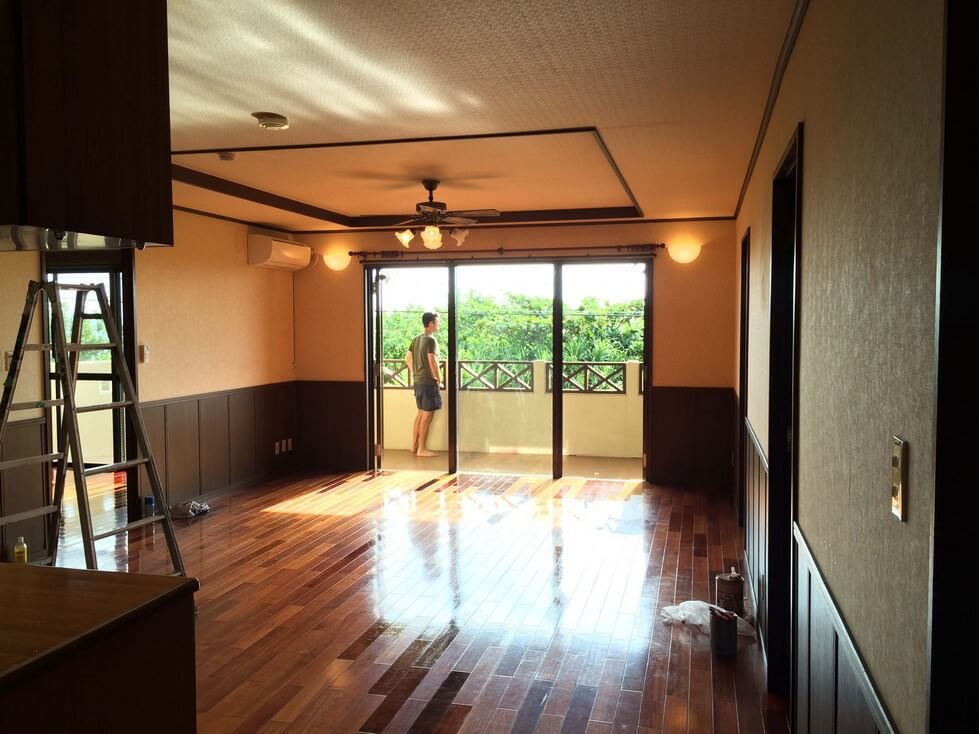 I also fell in love with the floors here. Two bedrooms and the living area both open up to the balcony you can see Dane standing on. The master opens up to both the main balcony and a private balcony. 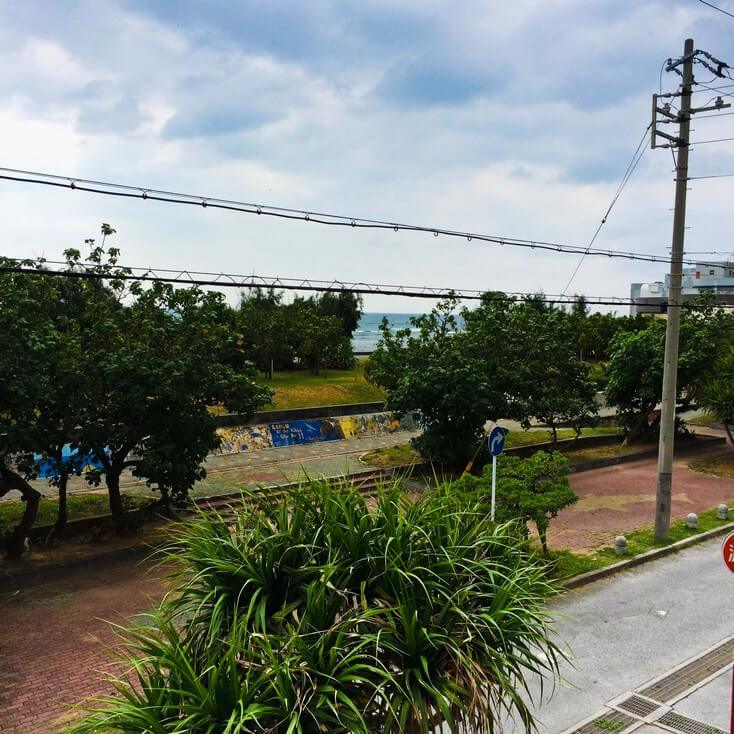 The view, as I described earlier, is a lot of tree (which I kind of like, for privacy-sake) but you can see the seawall and the water through the trees. We are still close enough to hear the waves when the windows are open, and because this is on the opposite corner of the same one way street that the “house” is on, traffic is still not an issue.

You can probably tell from the way I have written each of these captions which one we chose. The tricky part was that we both loved both places, but since we didn’t think there was any chance the Air Force was going to let us keep both of them, we had to make a decision. We went back and forth 4 or 5 times over dinner before we decided to go check out the seawall and the “neighborhoods” by night, and let that make the decision for us.

The south end of the seawall opens out on the harbor that American Village sits on and the lights are out of this world. We also discovered that the “flat” was less than a block away from several great restaurants that we hadn’t noticed earlier that day. The “house” is next to a coffee shop, that we will definitely still be frequenting (have I mentioned that these houses are less than 2 miles away from one another) but the scene on the south end was infinitely more appealing to us… Not to mention it also meant the second bathroom and better kitchen.

And so, after three days of house hunting, we did some house finding and decided on this gorgeous little flat. Move-in is this weekend, and while we still don’t have our furniture, we can’t wait to finally have a place to call home. 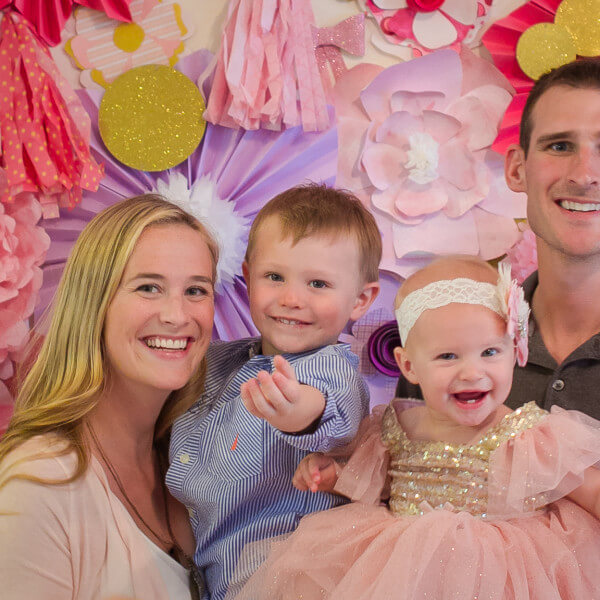 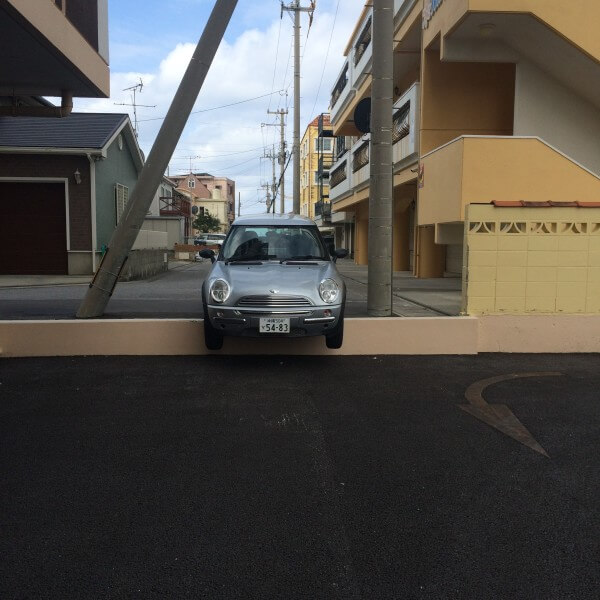