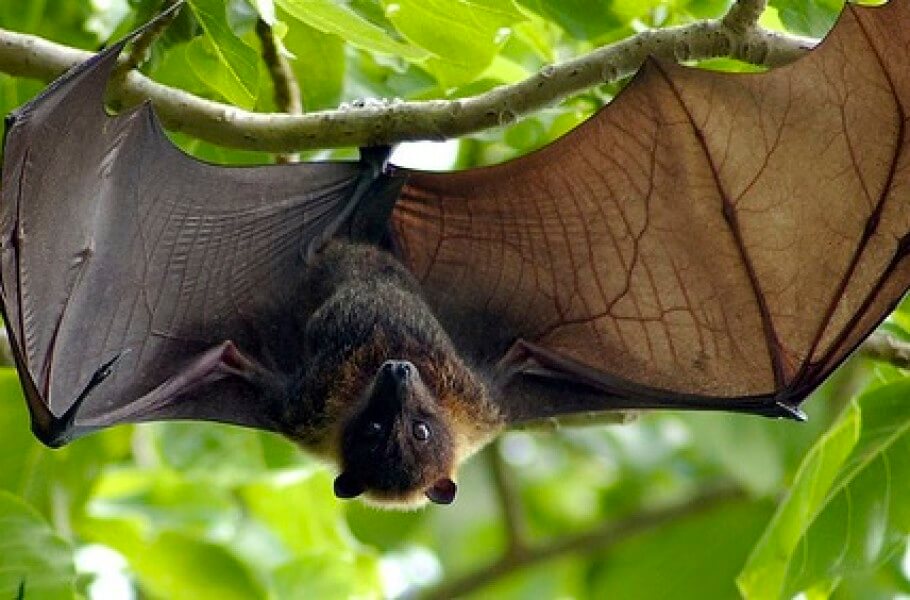 We’ve been briefed. Kadena AFB is nothing if not thorough when it comes to their newcomers briefing. We’d been warned it would be a painfully long day, but as a brand new Air Force wife, I have to say, I actually found most of the day to be very informative. While others were zoning out because they have heard it all before, I was making connections. “Ahhhh so the Med Group is the hospital, but I can only go to Flight Medicine because Dane is a flier and he is my sponsor.” I am still acronym illiterate, however. I smile and nod while people talk, using their airforcey acronyms like words. I know they are talking about important things, (some of the time) but all the acronyms just make it sound like teenage tweets to me.

During the briefing there was a quick rundown on all of the animals that can kill you on this island. Turns out, the number is not small. Some I would have expected. Box jellyfish are kind of an all-over-the-world threat. Habu snakes (of all kinds) are one of those things that common sense could tell you to avoid. Others kind of surprised me. A sea snake? Not shocking, but glad they mentioned it. It can kill you. The blue ringed octopus? Wouldn’t have guessed that, but it makes sense. Also a killer. The cone snail though… Seriously? Snails have never been high on my list of perceived threats as they are not known for being especially aggressive animals, however, step on one here, and you die. By the end of the briefing, I felt educated and aware. Basically avoid anything that slithers and pretty much everything else you’re unsure of. Better safe than dead.

Then, early the next morning, right before the sun came up, Dane and I took a run. We had gone less than a mile when this huge animal flew over our heads. I felt like I could hear it flapping from 30 feet away. We watched it fly, trying to decide if it was a hawk, or an eagle, or the world’s biggest crow. As it looped around and over us again, we got a view of its wingspan and guessed it to be at least 2 feet across. I said I thought it might be a bat and Dane immediately teased that I didn’t know much about wildlife. Finally, it found the tree it must have been looking for and landed… upside down. I was about to gloat that I had been absolutely correct when it twisted its body around to look at us. That face, those eyes, its strangely shaped body, we just stood there and stared…

“Could it be a monkey?” I whispered. (I know, I know, I watched it fly. But, this has kind of always been my default hope when I see any kind of animal. Maybe, just maybe, it will turn out to be a monkey. I rescued a baby squirrel once that was about the size of a roll of quarters. There was something so cute about the way it covered its little eyes with its hands, that I couldn’t help but hope it was a monkey. Even if I had found it under a tree in suburban Florida, where they are not exactly known for a wild monkey population.) Dane whispered back, “I can’t make eye contact! I feel like its going to steal my soul!” Then it turned it’s monkey-like face away and flew off. We just stood there. Unless it was straight out of the land of Oz… that was no monkey flapping it’s wings. But there was no way it was a hawk with a monkey face, and surely no bat has ever been that huge?!?

“I feel like they should have briefed us on whatever the heck that was,” I said as we ran home to google it. Turns out Okinawa is home to a species of fruit bats that are so huge they are known as flying foxes. We have decided to just call them Giant Japanese Bats. They can grow to have a wingspan of 5 feet. I will make it my mission to get pictures of these equally cute and terrifying creatures as soon as I can, but for now I have to steal a couple from online just to give you an idea of what we are dealing with here. Oh, and if I ever do the “Welcome to Okinawa, here’s what can kill you” brief, I will mention the flying foxes, just to be safe.

Update: As it turns out, six months later I was leaning out the window of my house yelling “Help! There’s a bat loose in my house.” Now… that’s a story. 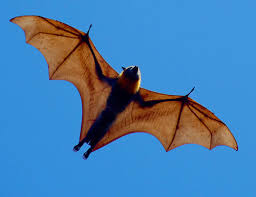