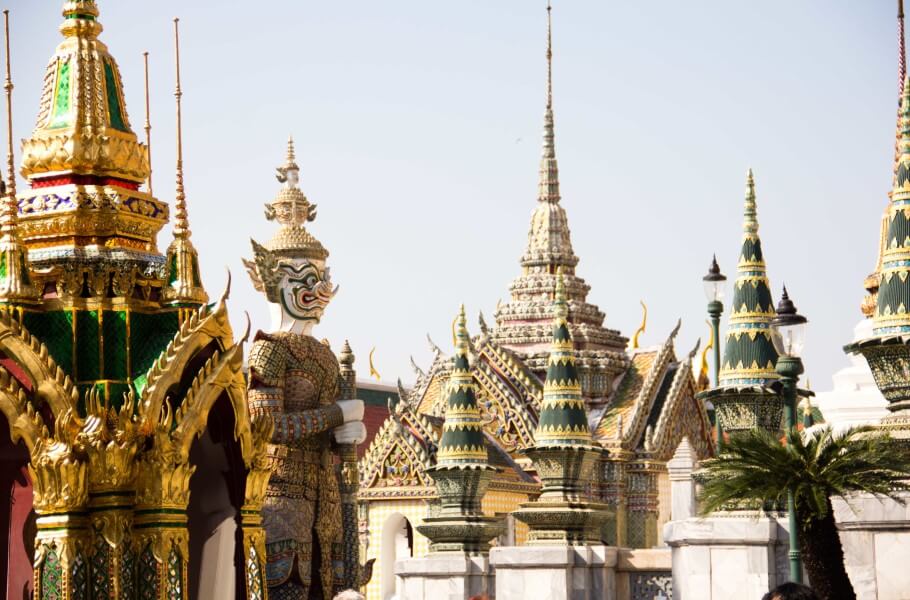 On our last full day in Bangkok, (before taking the now infamous night train to Chiang Mai) we finally made it to the Grand Palace. We woke up very early again and went for a run through the streets of Banglamphu. Not a whole lot of runners here, so we stood out a little bit, but it felt so good to stretch our legs– especially knowing we would be spending the night in close quarters on the train. This time around we paid not for a tour, but for a one-way ride to the Grand Palace. No more rides that sounded too good to be true for us!

The Grand Palace requires “proper dress” at all times, so we weren’t allowed in with our scandalous American attire. I had to tie a sarong as a skirt and Brian had to rent a pair of what we have affectionately dubbed “Elephant Pants.” They are very popular around here- especially with me. I was thrilled, because he thinks they are hideous, but once he had the chance to wear them, I thought he might be hooked. He wasn’t. He gratefully returned them for his 70 baht deposit when we exited the palace a few hours later. I am the opposite. I have scoured the street stalls looking for the best deals on them and have collected several colors since we have been in Thailand. I fully intend on buying more and perhaps making them my signature look when I get back to the states. 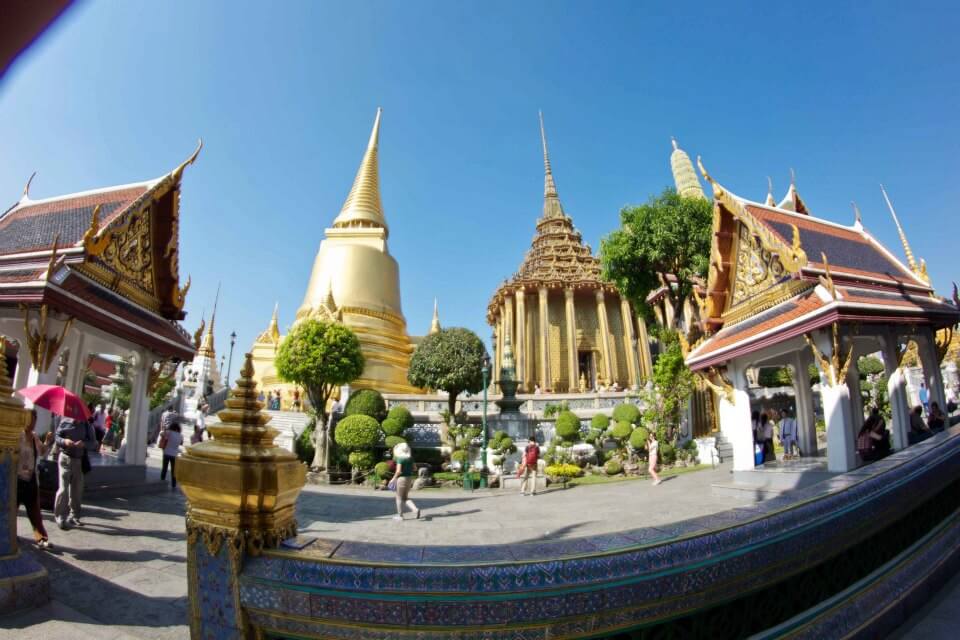 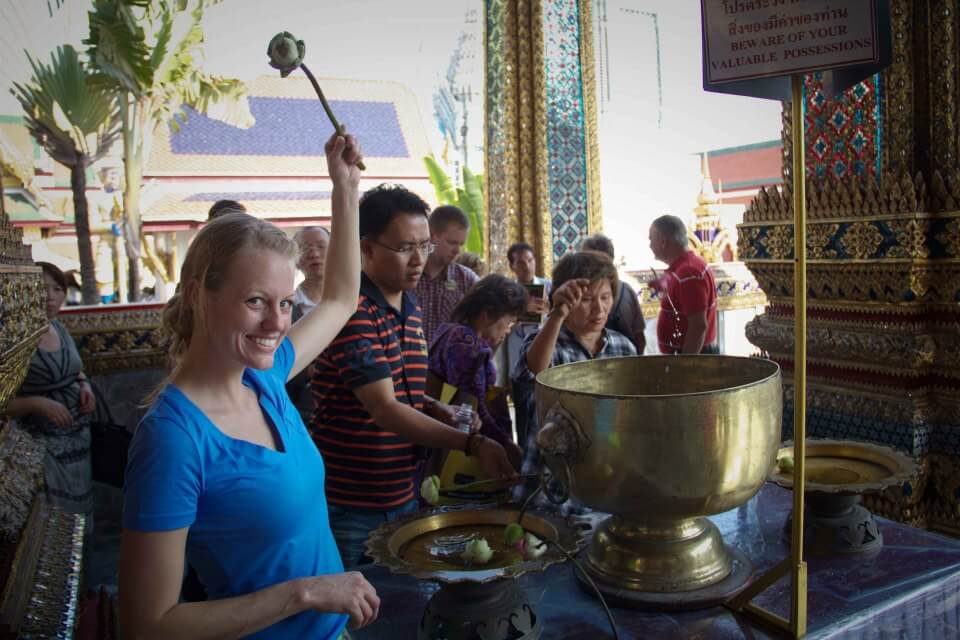 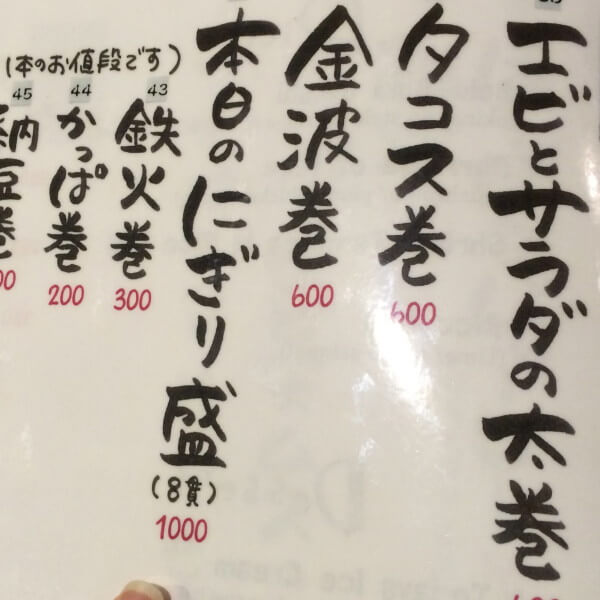