I noticed Dane packing fruit and water bottles in a backpack as we left for church Sunday morning but I didn’t think much about it… he is really big on snacks. Since he grew up Catholic, I figured maybe he was concerned that the protestant service we were attending would last all day, and he would need sustenance. Luckily, the apples did not come out during the sermon. Instead, on our way back to the car he suggested we go exploring. I could tell from the way he said it that he had a specific destination in mind, but despite my prodding he kept his mouth shut and the gps plugged in.

We drove along the coast for miles (or, I guess I should get in the habit of saying kilometers)., before arriving at “secret beach” which did turn out to be somewhat of a secret. As we drove, we watched clusters of surfers along one break followed by kite boarders at the next. There was a typhoon coming in a few days so the wave junkies were out in full force. Every mile felt more magical than the last, and I probably said, “Can you believe we get to live here?” a dozen times. This island, for all of the less-than-picturesque architecture, is absolutely, mind-blowingly beautiful.

We took our very rugged Mini Cooper off roading for a bit, before deciding maybe we’d be better off hiking the rest of the way (in our Sunday best) than letting that little car go even a quarter of a kilometer farther down that rocky path. I guess I’m lucky that my Sunday attire has grown infinitely more casual than the white tights and lacy socks of my youth.

By the time the rocks gave way to beach, we saw that we had the entire cove to ourselves. Of all of the secret beaches in the world, this one will forever be my favorite, because my husband found it and surprised me with it after living here for a week, and our whole day was magic.

I’ve spent most of my life on the beach, but in all that time, I’ve never had a sea shell collection. Sunday, I decided to change that. Before we had even found a spot to spread our towels, several pieces of seaglass had caught my attention. I’ve found small handfuls before, but never anything like this. We hadn’t brought bathing suits so we spent the afternoon competing to see who could find the most unique shells, the biggest pieces or best colors of seaglass, the most puka shells. Handful after handful we returned to the towel with our treasures and as the tide came in, the collections piled up. Dane definitely found the biggest pieces, I found the most. I guess we’ll call it a tie. Or, after a day like this one, maybe we’ll just call it a win for us both. 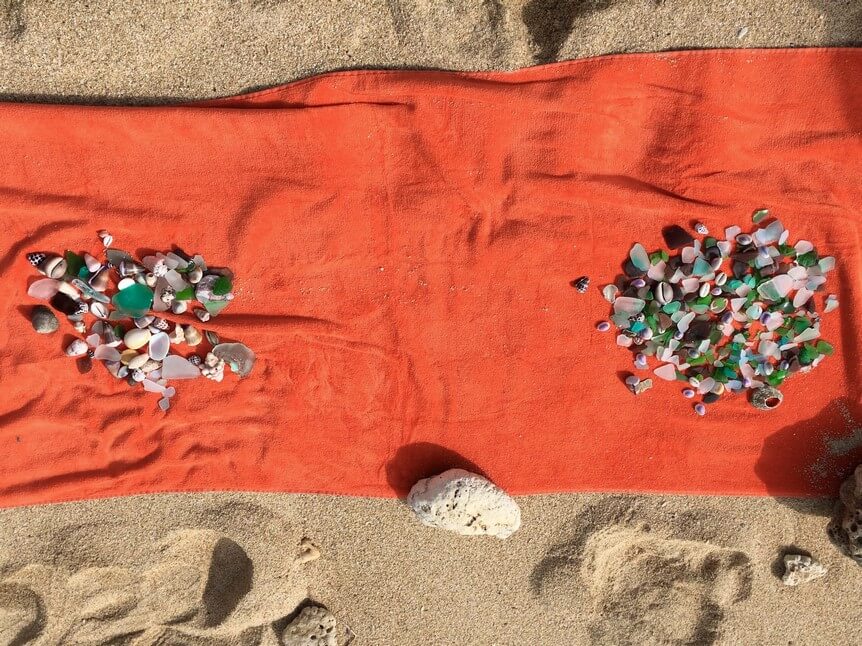 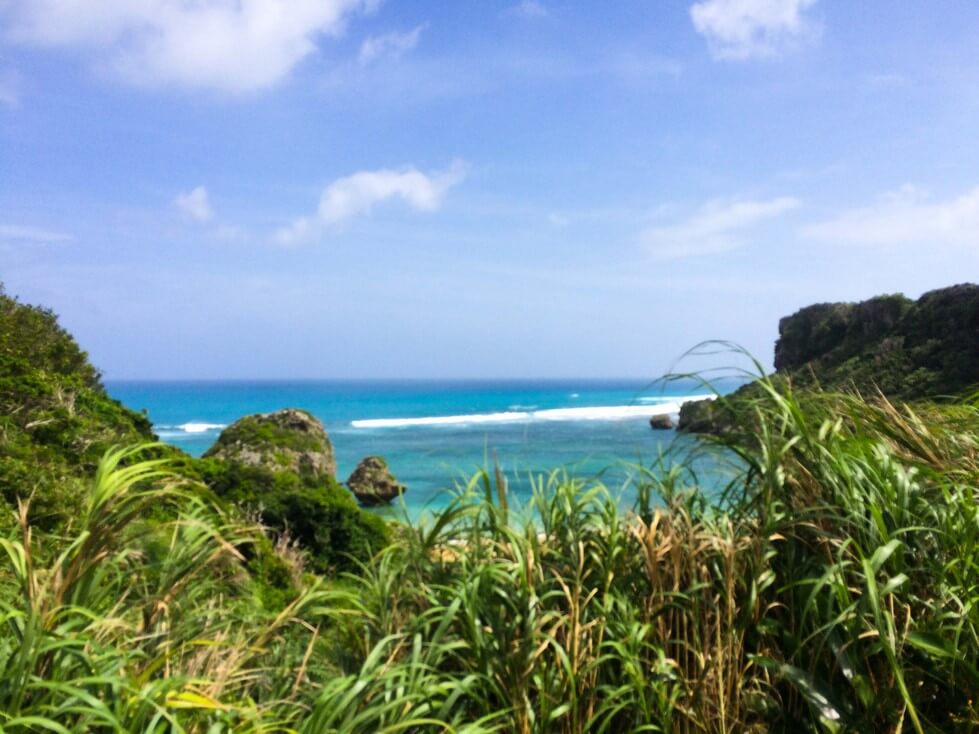 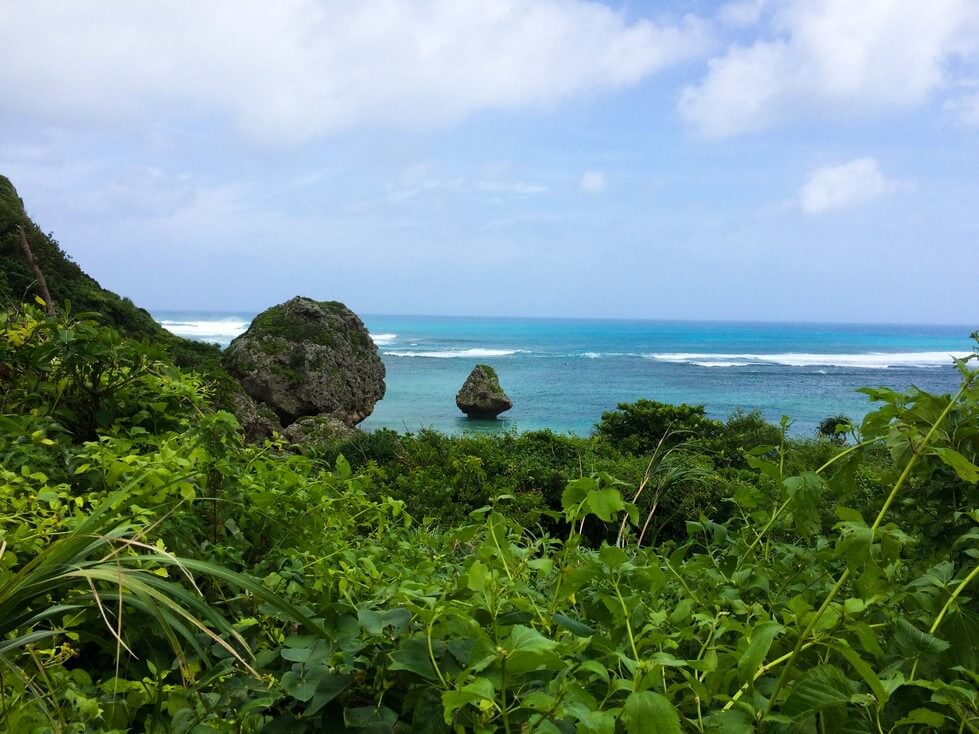 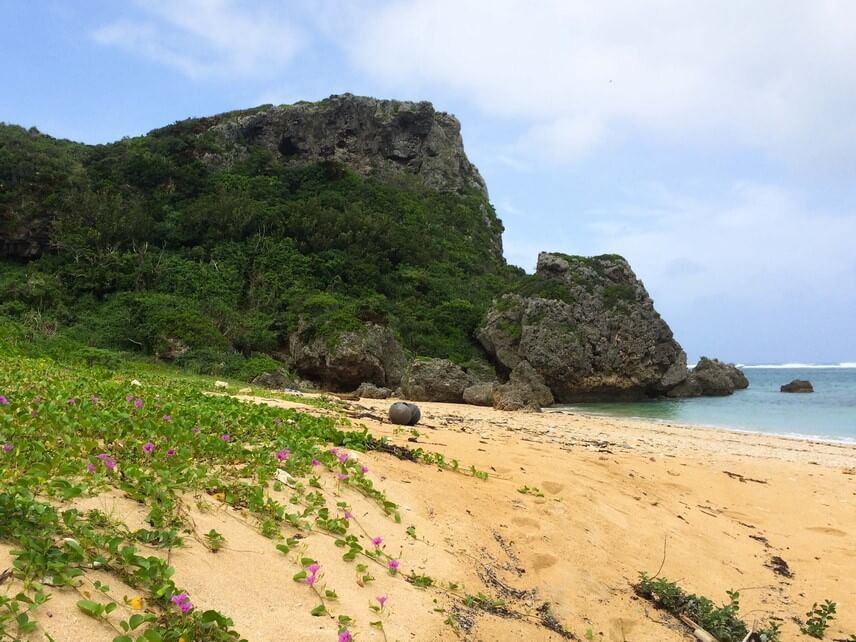 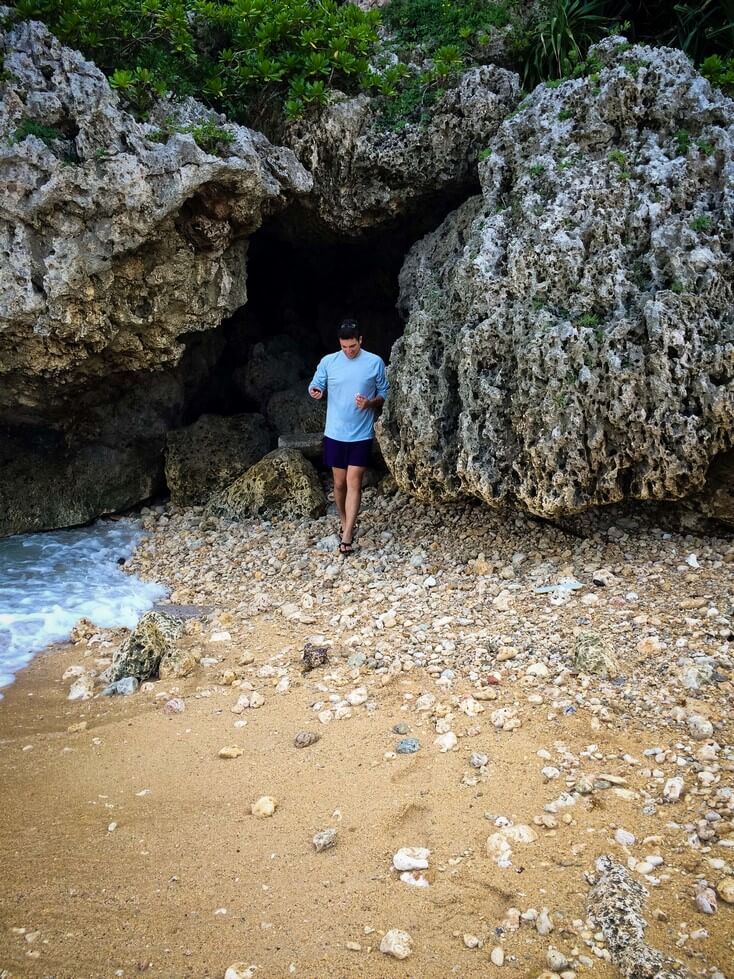 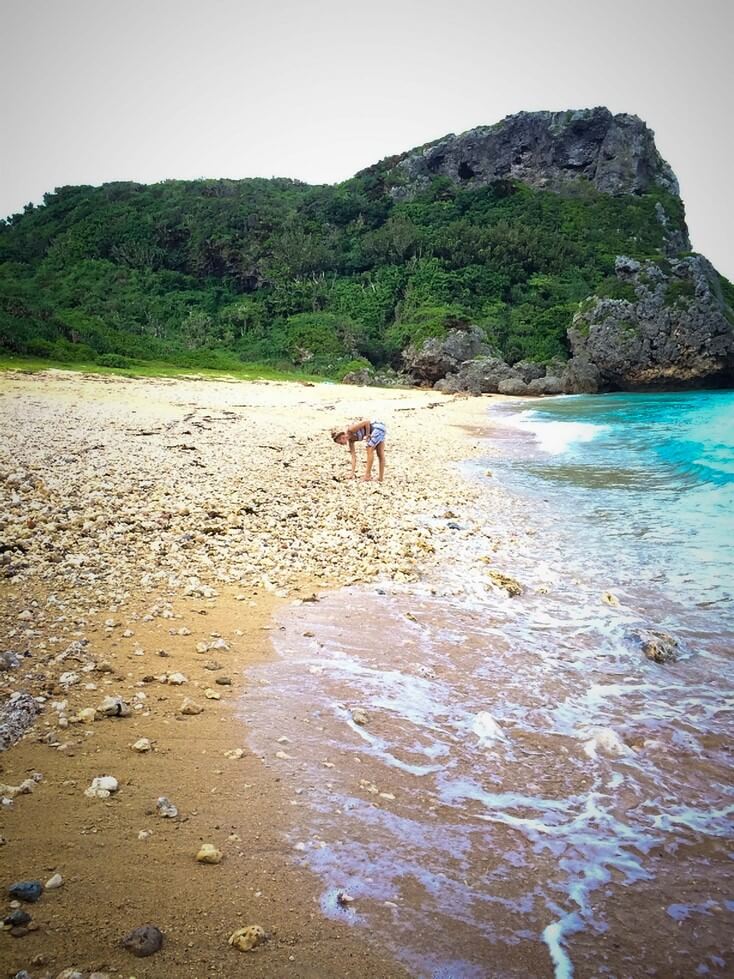 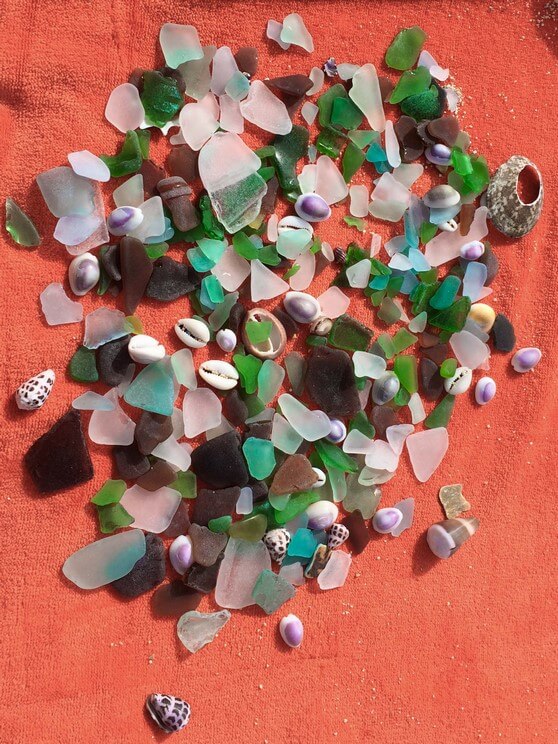 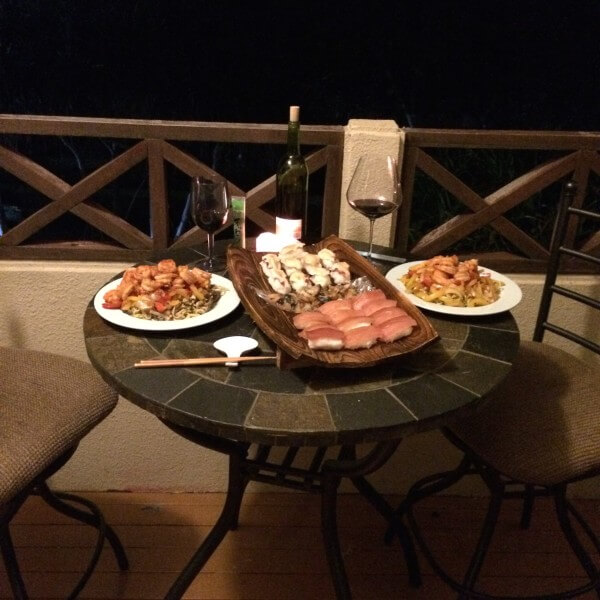