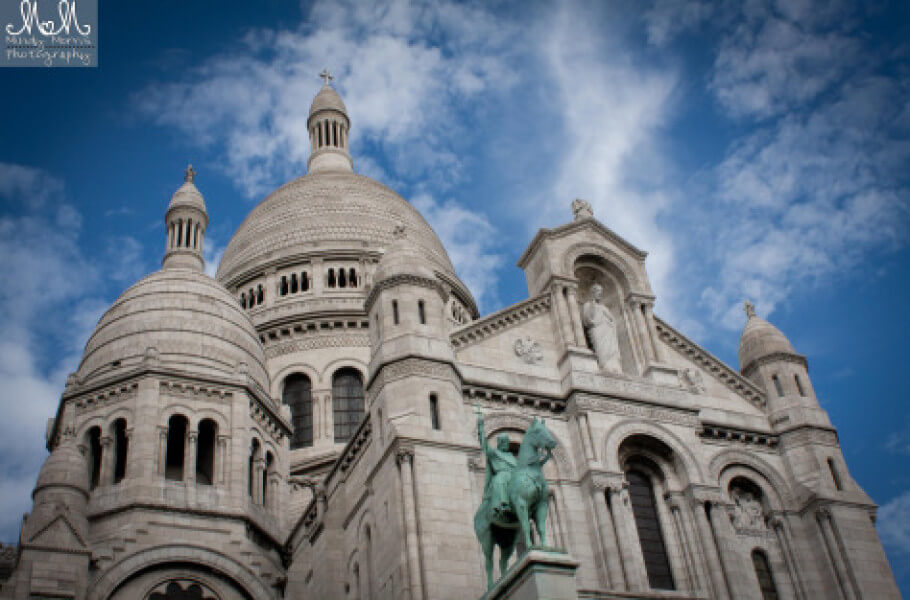 A Weekend In Paris

Oh, France… I grew up thinking I would love France. I took French in high school because I was enamored by the romance, in my otherwise romance-less teenage life. And then in college, I went with my family. I was not impressed by Paris on my first visit in 2005. Thank goodness, my second visit in 2011, completely changed my mind.

Our European vacation last month was incredibly spontaneous- and by “spontaneous” I mean hardly planned at all. We weren’t sure that we were ever going to make it out of the States. If we made it to Athens we knew that we had tickets booked to Corfu, so that was a sure thing. But getting to Athens was the first step. If we made it to Corfu, we had already purchased tickets to London and arranged to stay with my wonderful friend Andy. So that was a pretty sure thing too. But Paris- was kind of an after thought. We had both said we would like to go (although my expectations of the city were low) but we decided we would only go if we were still feeling up for it by the end of our “hardly planned” two weeks.

We were not good London tourists. Both of us had been several times before and we were just soaking it in for the most part. Every day Andy would ask if we were going to go to Paris, and every day we would say, we didn’t know. We knew Thursday was the last possible day to book tickets because if we went on Friday we would barely have 2 days in Paris. So, being the spur-of-the-moment travelers that we are, we were sitting on the couch with Andy and his roommate Scott on Thursday morning when we finally decided to book our train tickets for the next morning. Quick side note: Scott is an amazing photographer. He works for The Sun, and his travel photography is some of the best I have ever seen. Check out his blog for pictures that will give you chills. He’s my new inspiration. 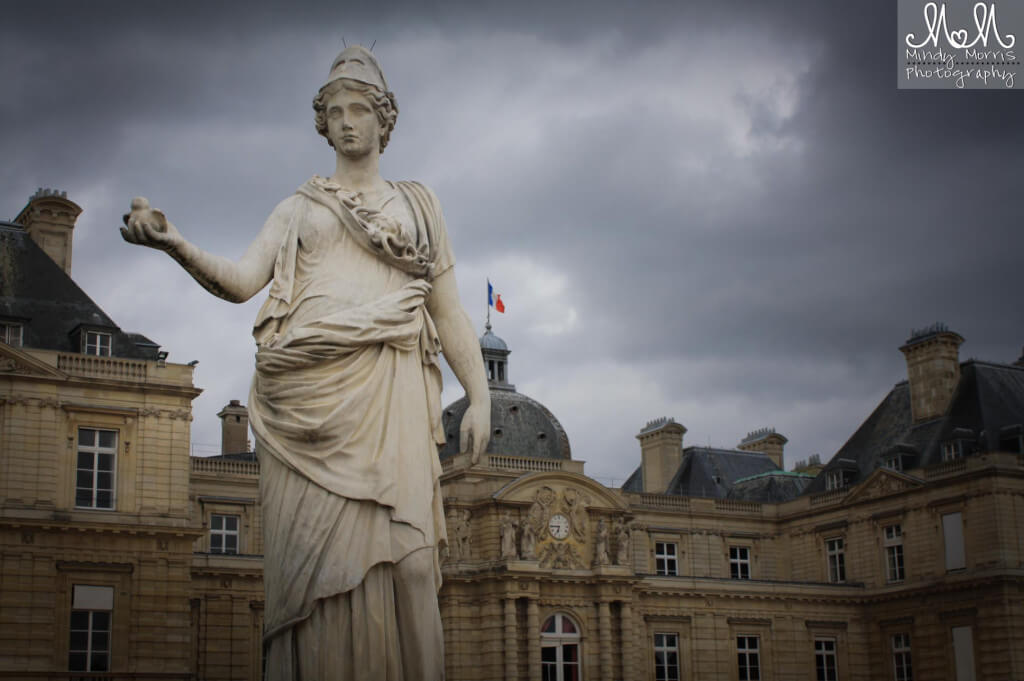 We may not have been good London Tourists… but we were amazing Paris Tourists! We knew we only had a full day and a half to see everything we could… so we did! When we arrived, we checked in to Hotel Renoir (located very near the Luxembourg Gardens, right off the Montparnasse metro stop). Then immediately started walking. Jardin du Luxembourg was our first stop. We bought a sandwich and split it in the park, watching a bocce ball match. Afterward, we walked down Boulevard Saint-Michel and crossed the Seine where it forks around Notre Dame. Afterward we walked along the Seine and explored until we found an adorable little French restaurant- great atmosphere, prix-fixe menu, but only decent food.

The next day we set out early, determined to see as much of Paris as we could. Sacre Coeur was my favorite stop on my previous trip, so we set out for butte Montmartre, the highest hill in Paris. Montmartre is a little artists village, and the Basilique du Sacre Coeur is the cherry on the top of the hill.

Montmartre would be worth visiting just for the art experience: Van Gogh, Lautrec, Seurat and Monet all painted in this location, and hundreds of artists still vie for positions along the lanes. It’s pretty touristy and commercial now, but still worth taking in. Even if you are not an art lover, Montmartre is still worth visiting- just for the breathtaking views of the city. If you get the chance to go up into the basilica you will take in my favorite view of Paris. This is one of the more affordable entry prices I have paid anywhere in Europe, at only €1.30. I have read that Sacre Coeur offers the “second best views” of Paris (right under the Eiffel Tower and right above Notre Dame and the Arc de Triomphe) but in my opinion- What is a view of Paris without the Eiffel Tower??? You will see far and wide from atop the Eiffel Tower (you will also wait in line for hours and pay about €13.00) but none of your panoramic views will include the tower (obviously). 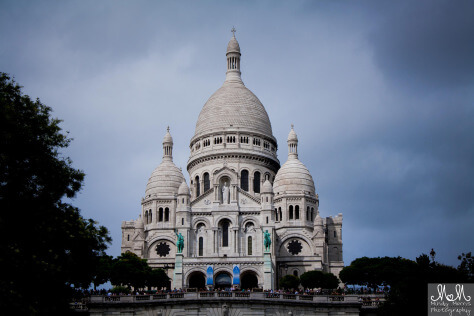 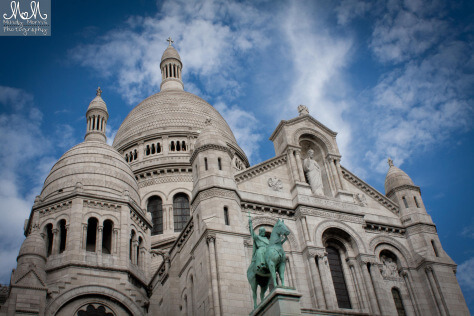 I would have loved to see Moulin Rouge at night, but considering that we only had one night- I had to choose between that or watching the sunset at the Eiffel Tower, so I settled for the Moulin Rouge (which is just South West of Sacre Coeur) in the afternoon We took the metro to the Louvre, though we didn’t go inside. To see the Louvre properly we would have needed at least one full day, if not several, so we settled for pictures with the pyramid and the shops underneath. After that we walked the Champs D’Elysess toward the Arc de Triomphe. (You can get the best pictures with the arc if you cross the street to the median where the traffic light is located. See the third picture below. I have a feeling Parisian driverslove when tourists do this too.) We felt like we had accomplished almost everything we wanted to, so we set off to enjoy the rest of our night in front of the Eiffel Tower.

See! I told you we were good tourists!

We stopped in a shop on the way there (I think it was called Le Bon Marche) to pick up wine, baguettes and brie. This all sounded very French to me, and I was looking forward to our little “picnic” as we scoured the park under the Eiffel Tower looking for the perfect spot to settle in for the night. Wellllll…. Not everything goes as planned. I have to mention that I was feeling extremely proud of myself at the beginning. I had thought to have them uncork the bottle before we left the shop because we didn’t have a corkscrew. I had also brought those little plastic cups from the hotel that morning and carried them all over Paris with me, knowing that nothing that says “redneck” like two Americans drinking from the bottle in front of the Eiffel Tower. Plastic cups are just soooo much classier! ;) So when we opened everything up, I was feeling pretty good. 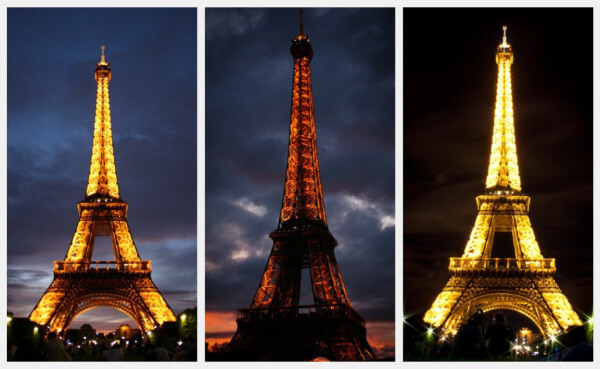 Then I took a bite of the brie. It didn’t taste the way I remembered, and certainly didn’t taste the way it does in the states, but I reminded myself that it was unpasteurized and my palette probably just wasn’t sophisticated enough to appreciate it. So I slapped a smile on my face while I “ooohed” and “aaahed” over the perfection of this French experience. I ate all that cheese. The whole time I was hoping my little palette would adjust. Ha. If I had brushed up on my French a little bit before this trip, maybe I would have noticed that the “date de peremption” (which was stamped 3 weeks before our glorious little picnic) did not mean that the cheese was made or packaged on that date. It meant the cheese was “best before” that date. In my non-expert opinion I would assume (and hope) that it was muuuch better before that date. Bad cheese and everything, it was a perfect end to a perfect day. (Ok- I will admit that we stopped for non-rotten food on our way home. Call us picky!) The next morning we caught a flight back to NYC where we were stranded for another day, but that’s the beauty of this life… anywhere we end up becomes a new adventure!

Here are a few more of my favorite pictures from Paris. 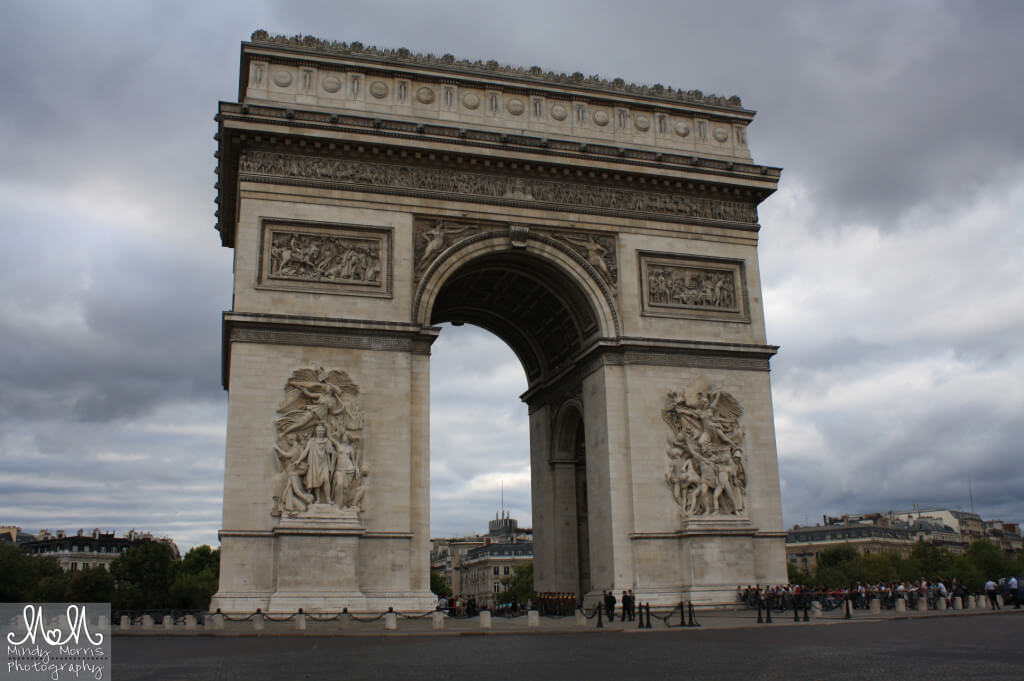 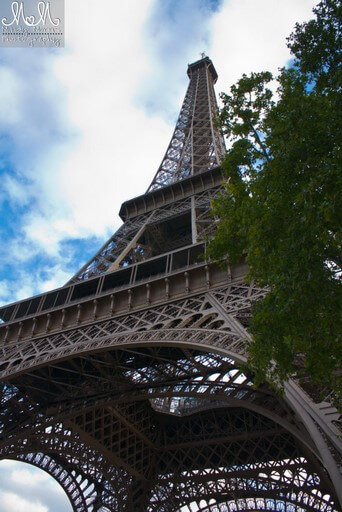 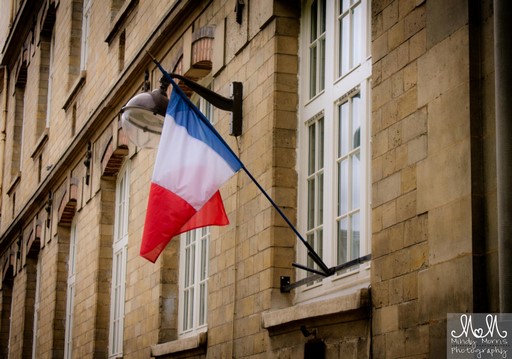 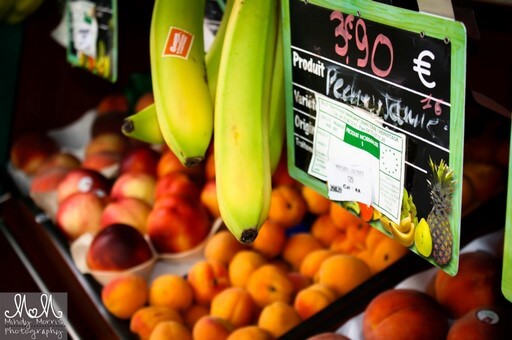 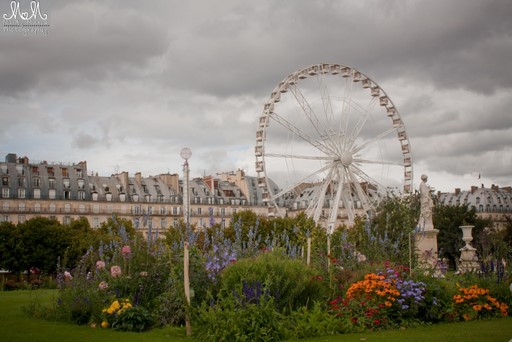 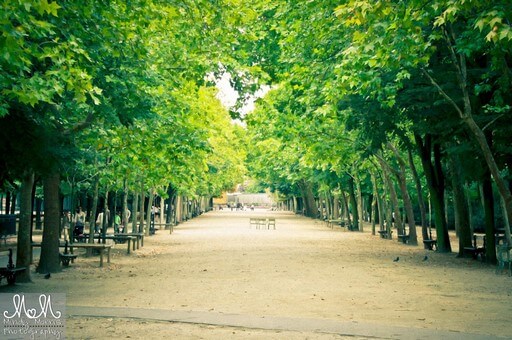 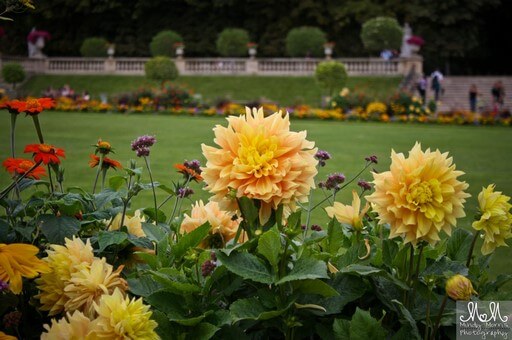 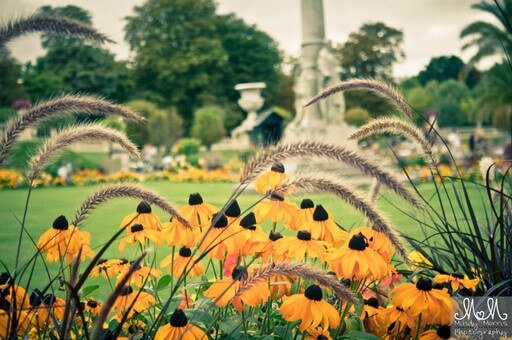 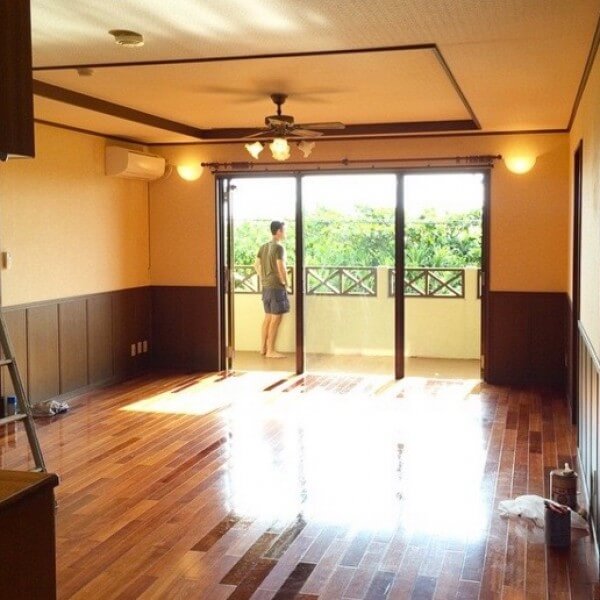